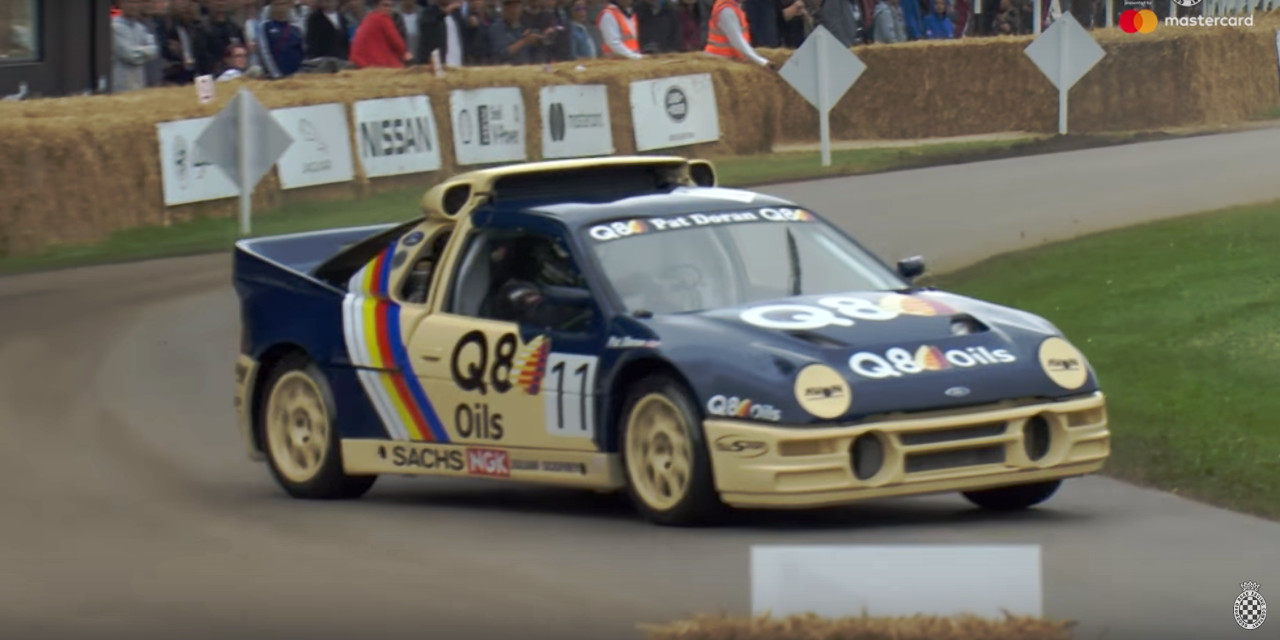 At last month’s Goodwood Festival of Speed, former rallycross driver Pat Doran did the spectators a kindness by bringing out his restored Ford RS200 Evo 2 (nickname: “Rosie”) to participate in the traditional hillclimb up Lord March’s grand, winding driveway. Mr. Doran is all too familiar with the Ford RS200, having driven one in the FIA European Rallycross Championship for a few seasons in the early 1990s.

Even still, the very best drivers make the occasional mistake, and Lord March’s driveway has tripped up many a talented hot shoe (including numerous drivers this year alone). Pat Doran went wide at the exit of one right-hander, ending up on the grass before sliding into the next corner and smacking into some hay bales. In the aftermath of the crash, loose hay lay strewn about, with several bales looking visibly distressed, but it was Mr. Doran’s Ford RS200 that seemed to take the worst of it, the entire rear clamshell apparently ruined by the impact.

You can watch that crash above. (WARNING: May be hard to watch for some viewers.)

Fortunately, like any good Group B rally car, the Ford RS200 is a difficult bugger to kill, and Mr. Doran was back at it the next day, his AWD beast of a machine repaired and ready to give it another go. He even ended up qualifying ninth for the ultimate timed shootout at the end of the weekend.

But here’s the thing: this is neither the first nor the worst of this Ford RS200’s harrowing accidents. In 2013, for instance, Pat Doran wrecked during practice for the Pikes Peak International Hill Climb, heading off the path and into a ditch. Rosie was repaired with haste, and Mr. Doran completed the event two days later. Worse, in 2014, the car caught fire during a Retro Rallycross event at the very race track that Mr. Doran owns: Lydden Hill. Seen burning like so much kindling in the video below, the car nonetheless survived the flames, being restored to running, driving condition once again. (Mr. Doran also survived, thank goodness.)

Rosie is, we’re beginning to suspect, a lot like the automotive equivalent to Rasputin; multiple should-be-fatal incidences have done nothing to slow her down. So, Rosie, we’re glad you’re back from yet another painful-looking crash. May you never be broken so badly that you’re forced to retire.