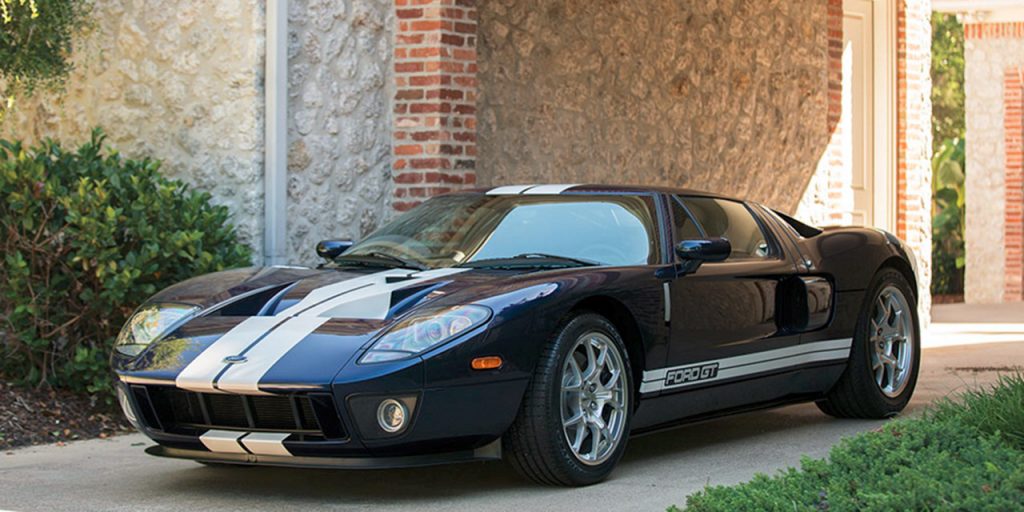 Since production ended more than a decade ago, it’s become increasingly difficult to find a super-low-mileage example of the first-generation Ford GT – the Blue Oval’s modern homage to the legendary GT40, which won Le Mans four years in a row during the last half of the 1960s. Nonetheless, a brilliantly well-preserved 2006 Ford GT with just 60 miles on the odometer will cross the auction block on Friday, August 18th at the RM Sotheby’s Monterey auction in California.

This 2006 Ford GT was constructed toward the end of Ford’s two-year production run, being the 1,664th of 2,011 cars built for 2006, according to RM Sotheby’s. It was the 145th of 190 total examples finished in Midnight Blue Clearcoat, and features forged BBS wheels and white racing stripes. A virtually unused specimen, the supercar looks like it might’ve just rolled off the assembly line, and will sell with its original Ford Performance Group delivery documentation, including a window sticker.

Like all first-generation examples of the Ford GT, the car is powered by an aluminum-block 5.4L Modular V8, with a Lysholm twin-screw supercharger providing up to 11.7 pounds of boost to create 550 peak horsepower and up to 500 lb-ft of torque.

For more photos and info regarding this remarkable 2006 Ford GT, visit the RM Sotheby’s website. The car will be auctioned without reserve, and is expected to fetch between $275k and $350k.