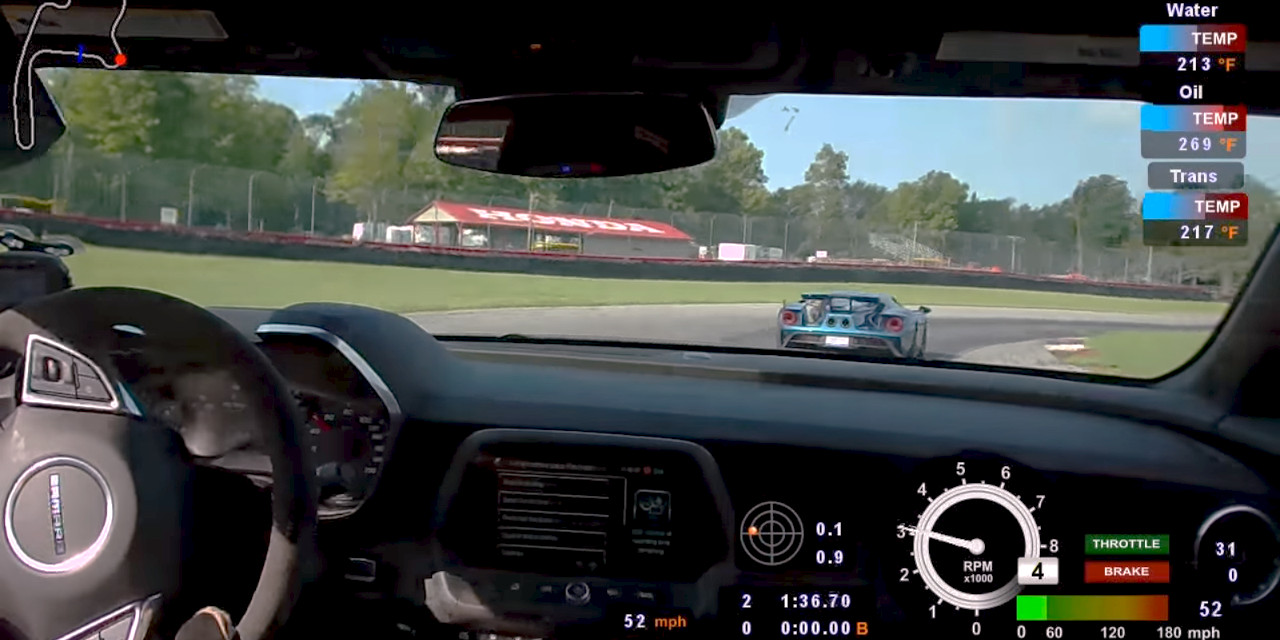 Before we dive into this, let’s make one thing perfectly clear: the 2017 Chevrolet Camaro ZL1, while a great car, is clearly no match for the 2017 Ford GT in a fair fight. That much is obvious from the specs, as although the Camaro ZL1 is rated at 650 horsepower to the Ford GT’s 647, the GT weighs a thousand pounds less, give or take, and offers a mid-engine layout, a smaller frontal area, and a more aerodynamic design to boot.

Thus, consider the video above pure, raucous entertainment rather than a real-world matchup between Ford’s latest supercar and Chevrolet’s most-capable pony car to-date.

The video, captured from aboard a brand-new Camaro ZL1, shows the high-performance sports coupe chasing down an also-new Ford GT at the track. The GT driver just can’t seem to shake the ZL1, possibly because of the constant, nagging anxiety that likely comes with driving one’s own $450k carbon-fiber supercar at high speeds. Even if the driver could afford to replace his GT, it’s not certain they’d get a chance, given that only 1,000 units are to be built and Ford is selecting each and every owner carefully from thousands of applicants.

Quite honestly, it’s just good to see that an owner was bold enough to take their shiny new Ford GT out of the wrapper and bring it to the racetrack. The bellowing soundtrack provided by the ZL1’s supercharged 6.2-liter LT4 V8 is just the icing on the cake.