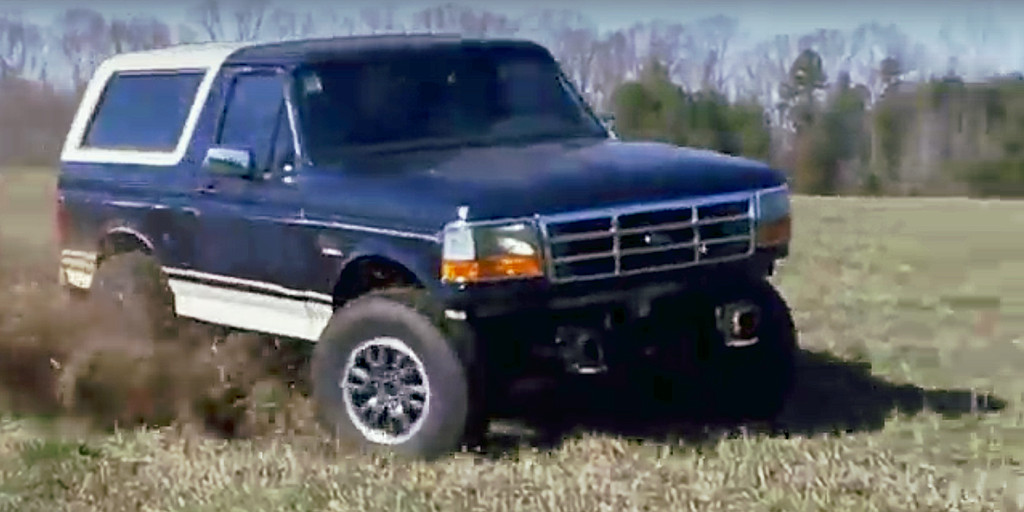 The predecessor to today’s Ford F-150 Raptor, the 2010-2014 SVT Raptor, ended its brief four-year production run with a 6.2-liter Boss V8 the sole powerplant option. It produced 411 horsepower and 434 lb-ft of torque in that application – a bit shy of the 450 horsepower and 510 lb-ft in today’s Raptor, but still plenty enough to conquer some truly grueling off-road terrain.

Can you imagine how magnificent all that power would be in the iconic Ford Bronco SUV? One shop – Tumblin Automotive of South Carolina – could, so they built one, using the body from a fifth-generation Ford Bronco for an awesome build incorporating not just the SVT Raptor’s engine, but its driveline, suspension, interior, and shortened frame. Although the build was completed several years ago now, website Speed Society just dug up a few videos from before it was finished, causing us to fall in love all over again.

The video above shows the SVT Raptor-powered Ford Bronco stomping around in the grass while the guys from Tumblin Automotive test for tire rub. They managed to find some, and had to go and cut more material from the fenders. After that modification, the finished product was painted white, left looking tremendous as all get-out in this Facebook Photo from the official Tumblin Automotive page.

In case that’s not enough Raptor-Bronco for you, here are a couple more clips: