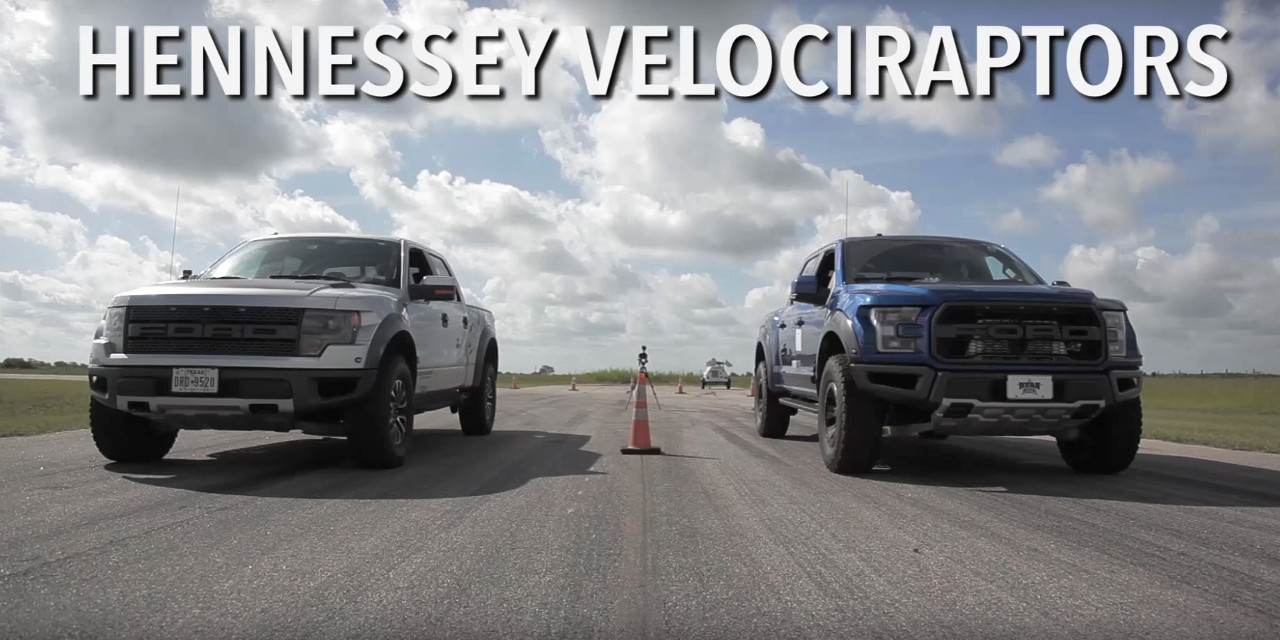 The 2017 Ford F-150 Raptor has attracted its fair share of detractors, thanks to its “measly” 3.5-liter EcoBoost V6. Turbochargers are no replacement for displacement, some say, and the 2014 F-150 Raptor certainly had displacement – a full 6.2 liters of it. Moreover, they say, the sound of a V6 is no match for the burly note of a hulking V8.

Nevermind that the new, 2017 model is up 40 horsepower and 75 lb-ft on its discontinued predecessor: a V6 simply has no place in a high-performance truck. Or so the argument goes.

But what happens when Hennessey Performance’s 600-horsepower 2017 VelociRaptor 600 goes up against its predecessor from 2014, which also has 600 horsepower? In other words, is a tuned version of today’s twin-turbo V6 any sort of match for a supercharged 6.2L, assuming both have equal peak power ratings?

Bear in mind, there is much more at play here than simply “V6 vs. V8”. The 2017 Ford F-150 Raptor on which Hennessey’s 2017 VelociRaptor is based weighs some 500 pounds less than the 2014 SVT Raptor, and has an additional four forward gears.

At any rate, watch the video above to find out which of these high-performance Hennessey creations wins in a fair fight.