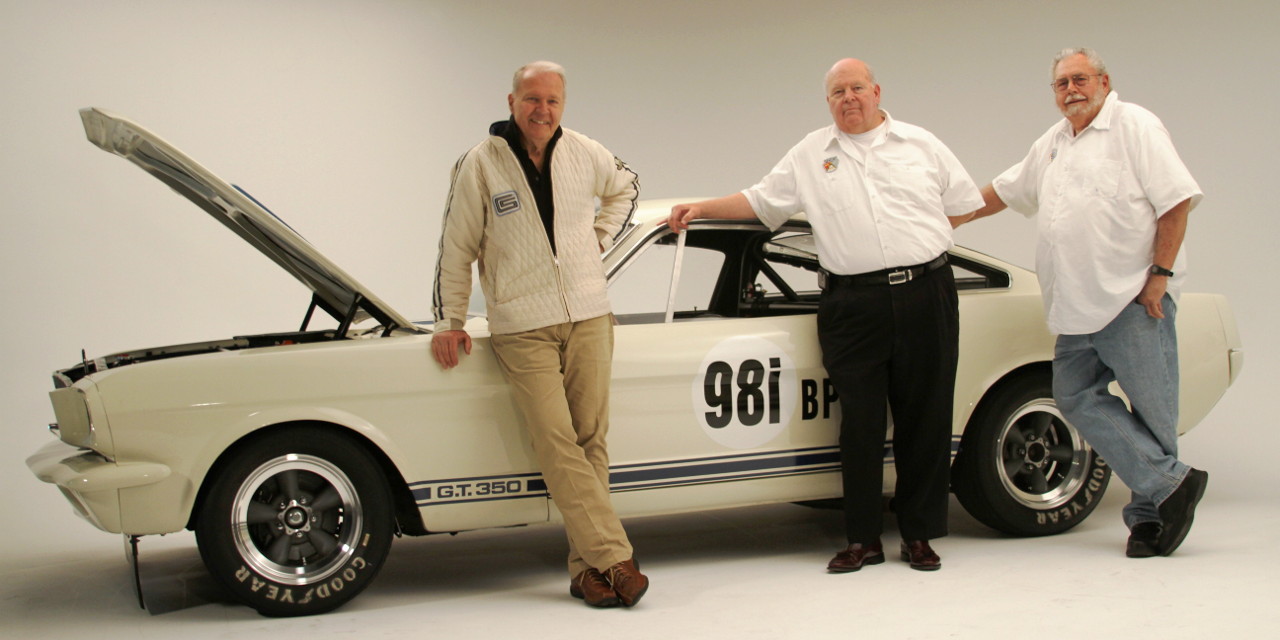 The original Shelby Mustang GT350 is going back into production, in a sense, with the Original Venice Crew company announcing that it will build 36 examples of a new-and-improved GT350R model – the one the Shelby American guys always wanted to produce the first time around (1965-’68). The Original Venice Crew company includes Peter Brock, Jim Marietta, and Ted Sutton, who were all employees of Shelby in the early days, when the company was based in Venice, California.

The company will produce three-dozen Shelby Mustang GT350R examples from 1965 Ford Mustang donor cars, with thrust coming from the same 289-ci V8 and 4-speed manual transmission as the original GT350R. However, these continuation cars will have modifications like an independent-rear suspension, Plexiglass rear and quarter windows, and a different front valance design, all of which had to be left off the original 1965 Shelby GT350R.

“By adapting lessons that the Shelby team learned racing Cobras and Daytona Coupes, our Crew at Shelby American turned a ‘mule into a racehorse’ as Carroll Shelby would say,” Original Venice Crew CEO Jim Marietta said in a release. “Three of us who created the first Shelby GT350Rs at the Venice, California, race shop reunited in 2015 for a very special project. We agreed to build the ‘R’ model that we envisioned in 1965, but couldn’t due to time, expense and other restraints.”

The 36 continuation 1965 Shelby Mustang GT350R examples are licensed by Carroll Shelby Licensing and Ford Motor Company, so each will have an official Shelby serial number. Production will start this fall.