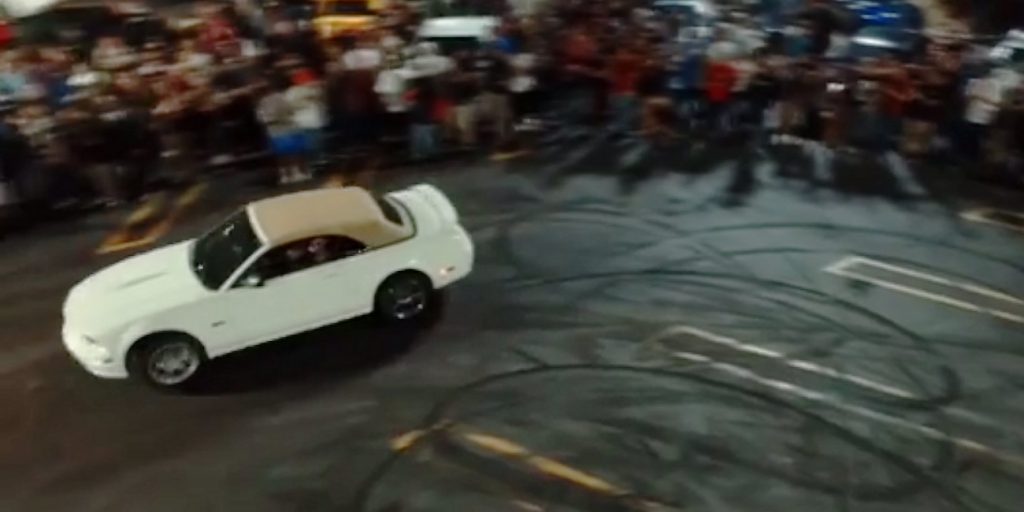 The reputation of the Ford Mustang is well known.

No, not its reputation as an attainable, blue-collar performance bargain; its reputation for attacking crowds of innocent bystanders. It seems that hardly a day goes by without at least one report of a Mustang gone off-the-rails striking another car or, even worse, a pedestrian or two.

Shocking precisely no one, a Ford Mustang convertible plowed into a crowd in California last week while attempting to do donuts in a parking lot. What is somewhat shocking is what happens next; as you can see in the video below, the crowd decides enough is enough, and goes after the car as its driver is attempting to flee the scene. They beat on the car’s body, jump on its hood and windshield, kick it, punch it, and even bust out the rear window.

We wish the Ford Mustang could leave this reputation for inflicting bodily harm behind, but so long as affordable older examples remain popular with irresponsible, reckless drivers, we don’t see that claim to infamy going away.