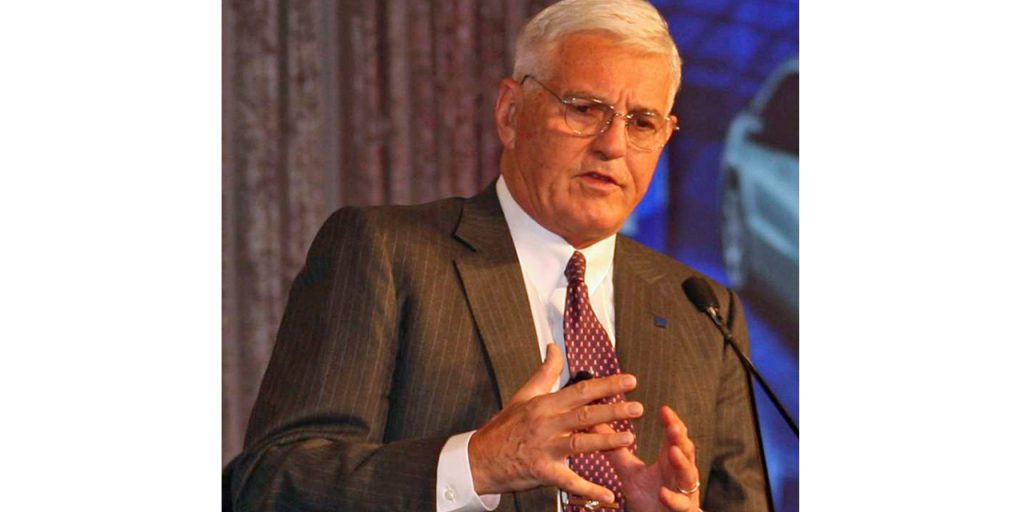 There are few names in the realm of celebrity automotive executives quite so large as Bob Lutz. Although never a CEO himself, Mr. Lutz has nevertheless had an illustrious career spanning multiple decades, in which time he helped bring about the BMW 3-series and initiate BMW’s motorsport division; had a hand in the Ford Escort Mk. III, Ford Sierra, and original Ford Explorer; and held numerous leadership positions at General Motors during a time when the fourth-generation Pontiac GTO, fifth-generation Chevrolet Camaro, Cadillac CTS, and first-generation Chevrolet Volt were all hatched.

In short, Bob Lutz knows the industry far better than most.

He’s also proven to be one of former Ford CEO Mark Fields‘ most vocal defenders following Fields’ ouster in May of this year, characterizing Ford Motor Company’s change of CEOs as a choice to shake things up in an attempt to raise share values by showing a perfectly strong, capable, qualified leader the door.

“Wall Street uses the peripatetic Elon Musk as the standard by which automotive CEOs are measured,” Lutz wrote in an op-ed for Road & Track. “Great new cars are no longer enough, nor is the pell-mell shedding of unprofitable operations… Face it: Tesla is exciting. Multibillion-dollar lithium-ion gigafactory! Tunnels under Los Angeles! (Earthquakes, anyone?) Manned flights to Mars! Now, that’s the stuff the newly minted Harvard MBA analysts understand.”

Lutz described Mark Fields as a “talented Ford lifer: bright, experienced, and personally charming, with an outstanding record of achievement in every assignment he held,” essentially chalking his dismissal up to the result of investors’ refusal to wait for long term results. “Exercising all the judgment and caution of someone entrusted with billions of dollars of shareholders’ money is no longer enough,” Lutz wrote. “The old saying ‘ultimately, the fundamentals will prevail’ is still true, but shareholders don’t want to wait for ‘ultimately.’ Today’s automotive CEO has to be part sound leader, part P. T. Barnum ringmaster.”

It’s no accident that Ford’s old CEO was asked to resign shortly after Tesla Motors’ market cap surpassed that of Ford. As of this writing, Tesla shares are valued at more than $330, while Ford’s are trading for less than $11. Despite all the warning in the world from analysts and industry insiders that Tesla Motors is recklessly overvalued, and regardless of the fact that Ford has been producing and selling automobiles for more than a century, investors still haven’t been moved to narrow the gap much at all.

Lutz closed his op-ed by saying: “Poor Mark Fields, a good legacy CEO, was no longer a fit in a world where promise and hype outclass perseverance and financial performance. Best of luck to his successor.” We echo that sentiment.