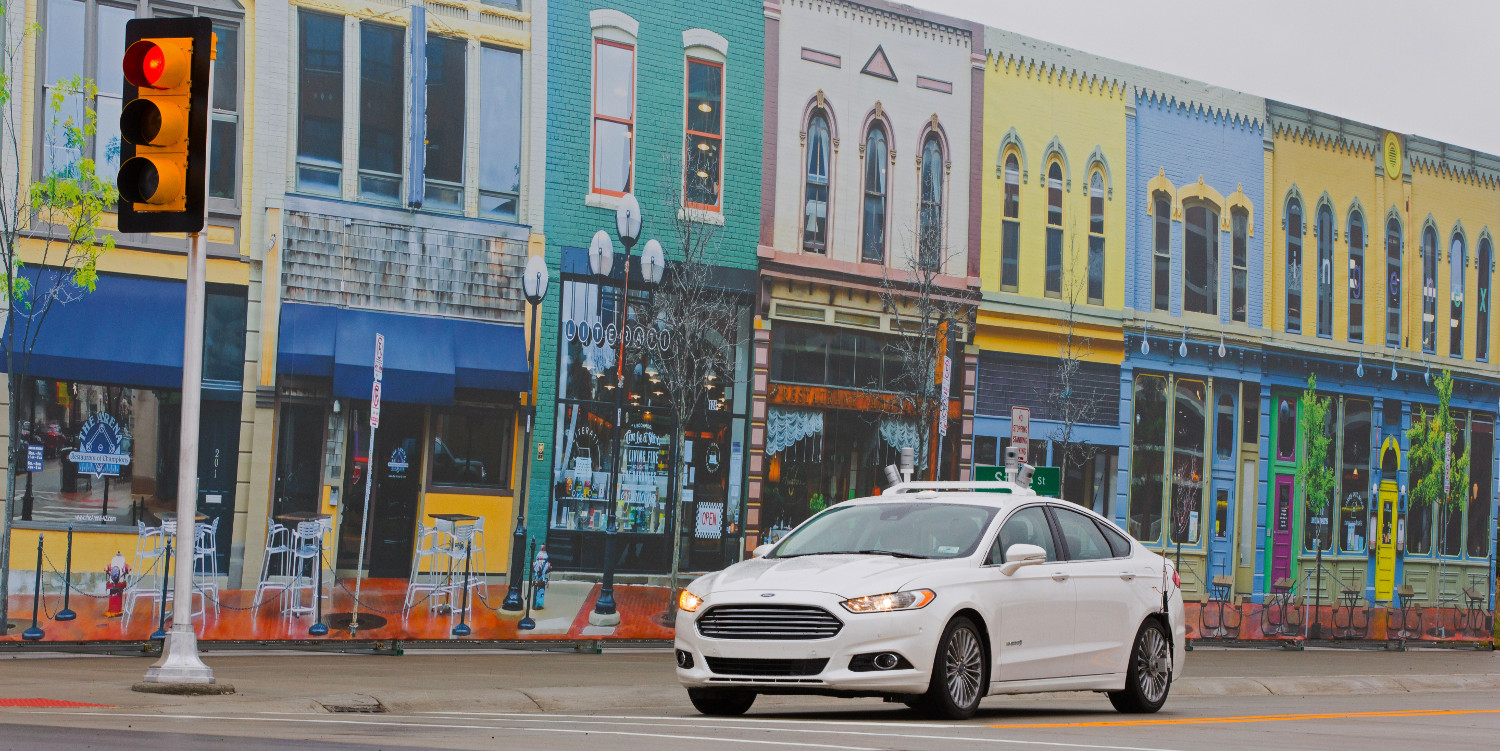 Ford Motor Company CEO Jim Hackett rejects the notion that autonomous vehicles could swiftly take over the road after the technology reaches production. At Ford’s City of Tomorrow event in San Francisco Thursday, Hackett laid out his vision for the future of mobility, predicting that vehicle autonomy will trickle into the market gradually, easing challenges like finite parking space and limited vehicle access over time.

In the process, companies oughtn’t forget that people – not robots – are the focus, he suggests.

“When you paint the robots as perfect and humans as imperfect, we’ve made a big mistake,” Hackett said, according to Automotive News Europe. “We don’t need the robot to get around.”

Ford’s current plans involve putting a production level-4 autonomous car on the road in ride-share and ride-hail fleets in 2021. The Society of Automotive Engineers defines a level-4 self-driving vehicle as one that can operate independently without requiring human intervention, but typically only within a defined area. Ford’s first self-driving production vehicle won’t have a steering wheel or pedals, nor will it be available for private individuals to purchase.

Hackett said Thursday that companies like Ford must take pains to make an egalitarian transportation system that takes into account all perspectives. He said that the technology itself is incapable of addressing issues of equal access on its own.

“Networks only get stronger by inclusion; there’s no gain by carving someone out,” he said.