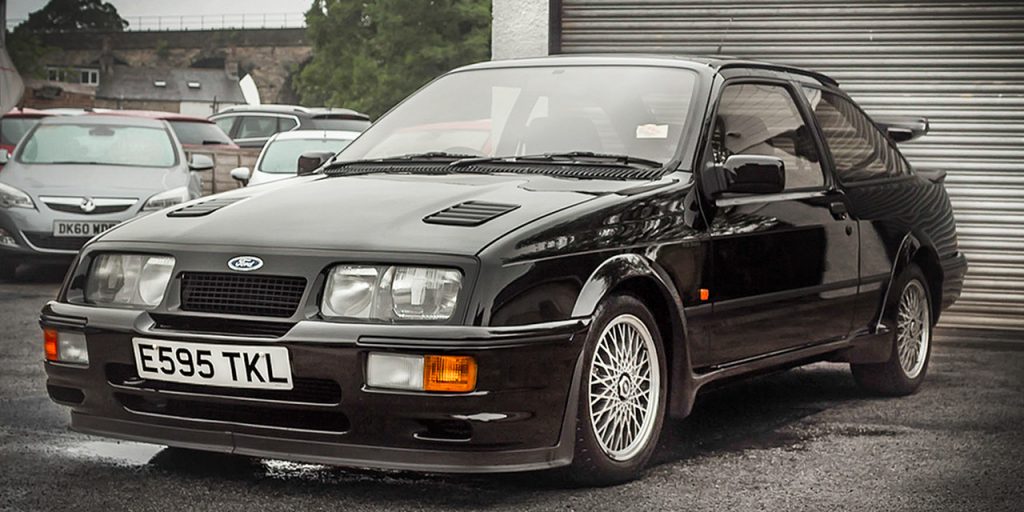 We’ve no doubt that a low-mileage Ford Sierra Cosworth RS500 is a hard thing to find these days, but it’s always a surprise when a car far exceeds an auction company’s original estimates, no matter how rare or pristine it may be.

The potent, aggressively-styled, rear-wheel-drive Ford Sierra Cosworth RS500 was quite fast for its time, boasting a 6.2-second 0-to-100-kmph (0-to-60-mph) time and a 153-mph top speed. This example, which was parked for some 26 years, was returned to roadworthy condition prior to its sale, receiving new brake discs and pads, a new fuel tank, new battery, and an engine service that included fresh belts and fluids. Astoundingly, the car is still riding on its original Dunlop tires from 1987.

For more photos and info regarding this rare, well-preserved Ford Sierra Cosworth RS500, check out the original listing on the Silverstone Auctions website.