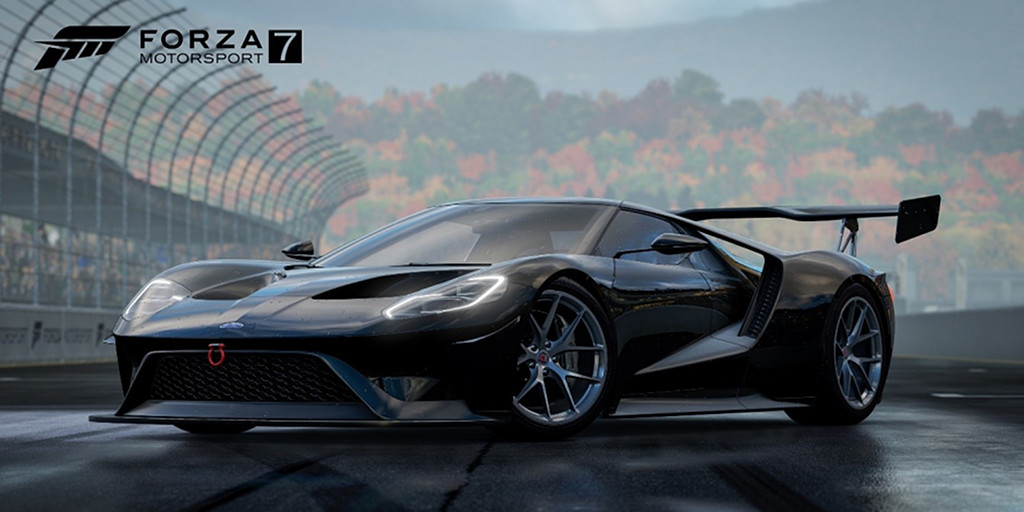 Originally introduced for the Forza Horizon 3 video game for XBox One and Windows PC, special “Forza Edition” cars are slated to return in Turn 10 Studios’ next title in the franchise: Forza Motorsport 7. Forza Edition cars are special rewards in the game that can be earned through success in the single-player campaign or #Forzathon events, or alternatively, purchased through the online Auction House. They feature unique styling, often with special wheel designs, widebody kits, or bespoke liveries, and boast ride and handling perfected by the folks at Turn 10 Studios.

And just last week, Turn 10 announced that one of the cars destined to be made into a special Forza Edition model is none other than the 2017 Ford GT supercar.

Pictured above, the Forza Edition Ford GT will rock a tall, prominent rear wing for added downforce at the back end of the car, and one-piece y-spoke alloy wheels. Dive planes near the headlamps and a bright red front tow hook are the only other visible indicators that the supercar has been made different from stock.

If you read this website, chances are that if you ever wanted to drive the new Ford GT in real life, you’d be required to first commit a felony or two. The next-best thing would be to drive it virtually in Forza Motorsport 7. And a special, finely-tuned digital version of the supercar? That’s even better.