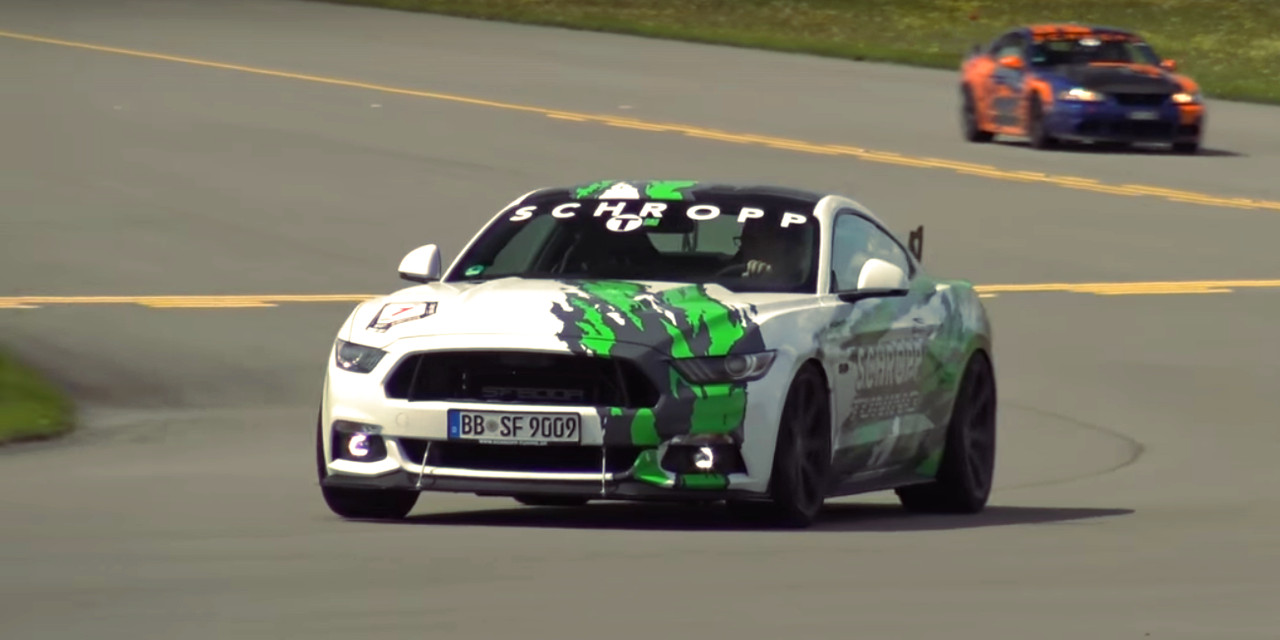 Earlier this year, a German outfit by the name of Schropp Tuning revealed a monstrous, high-powered Ford Mustang GT they’d cooked up under the name of “SF600R”. Utilizing a custom supercharger, various exhaust upgrades, and expert tuning, the tuned Mustang produces a staggering 807 peak horsepower at the crank, and up to 700 lb-ft of torque.

Now, we finally get to see it in action, as Schropp Tuning brought the car out to an SCC500 track day to see how it held up against a small fleet of other high-performance automobiles on the drag strip. Spoiler: It does just fine.

In true German fashion, the 807-horsepower Schropp Mustang has been a bit over-engineered, featuring a new Coyote engine block with more-robust cylinder bore liners, race-grade low-compression pistons, stronger connecting rods, and miscellaneous other things to help it handle the increased power. We have a feeling most American shops would just throw boost and extra fuel at a stock motor, and call it a day.

The Germans don’t mess around.

Be sure to catch this expertly-built, insanely-potent Ford Mustang GT from Schropp Tuning blast down the drag strip in the video above. 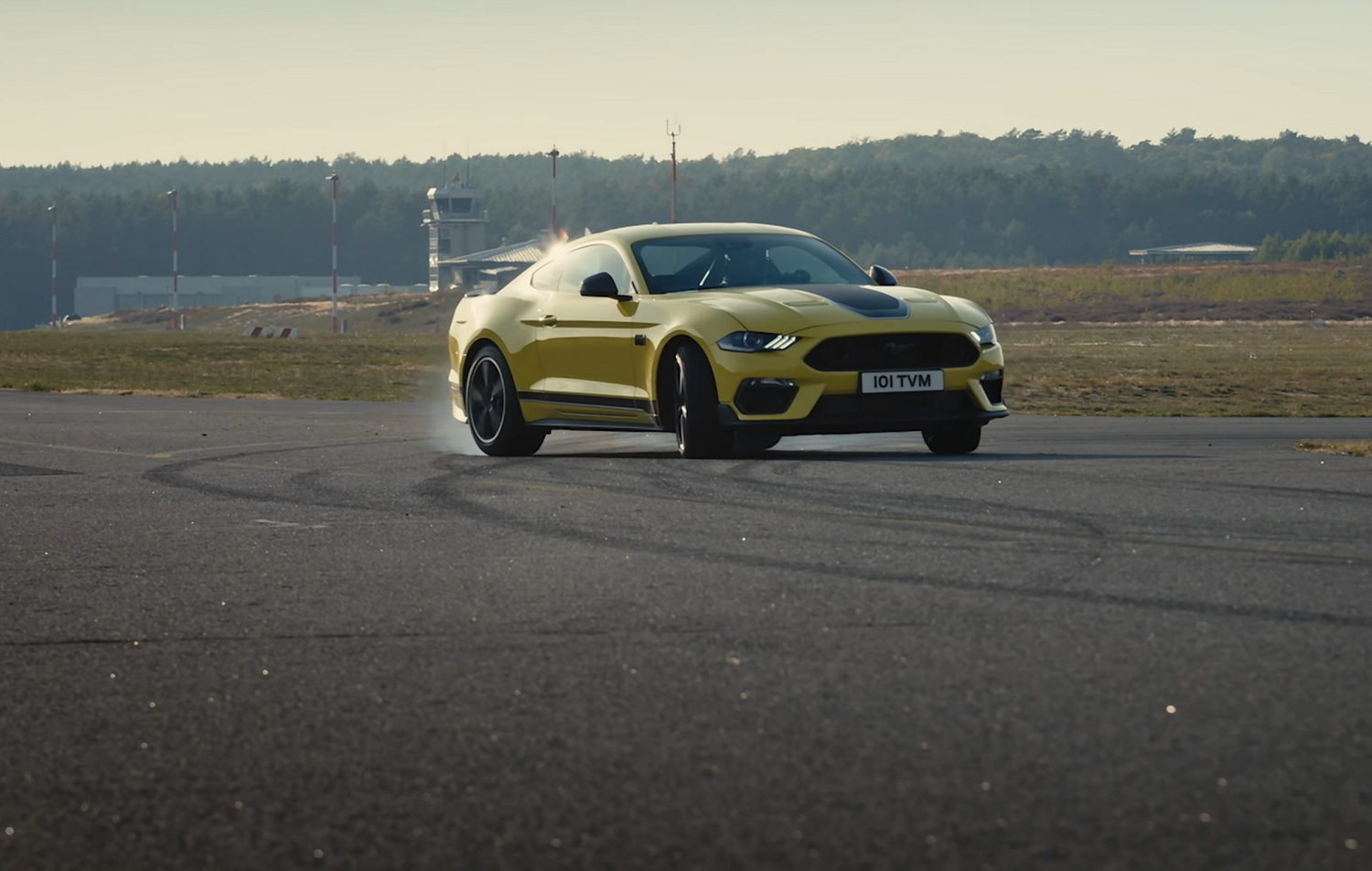 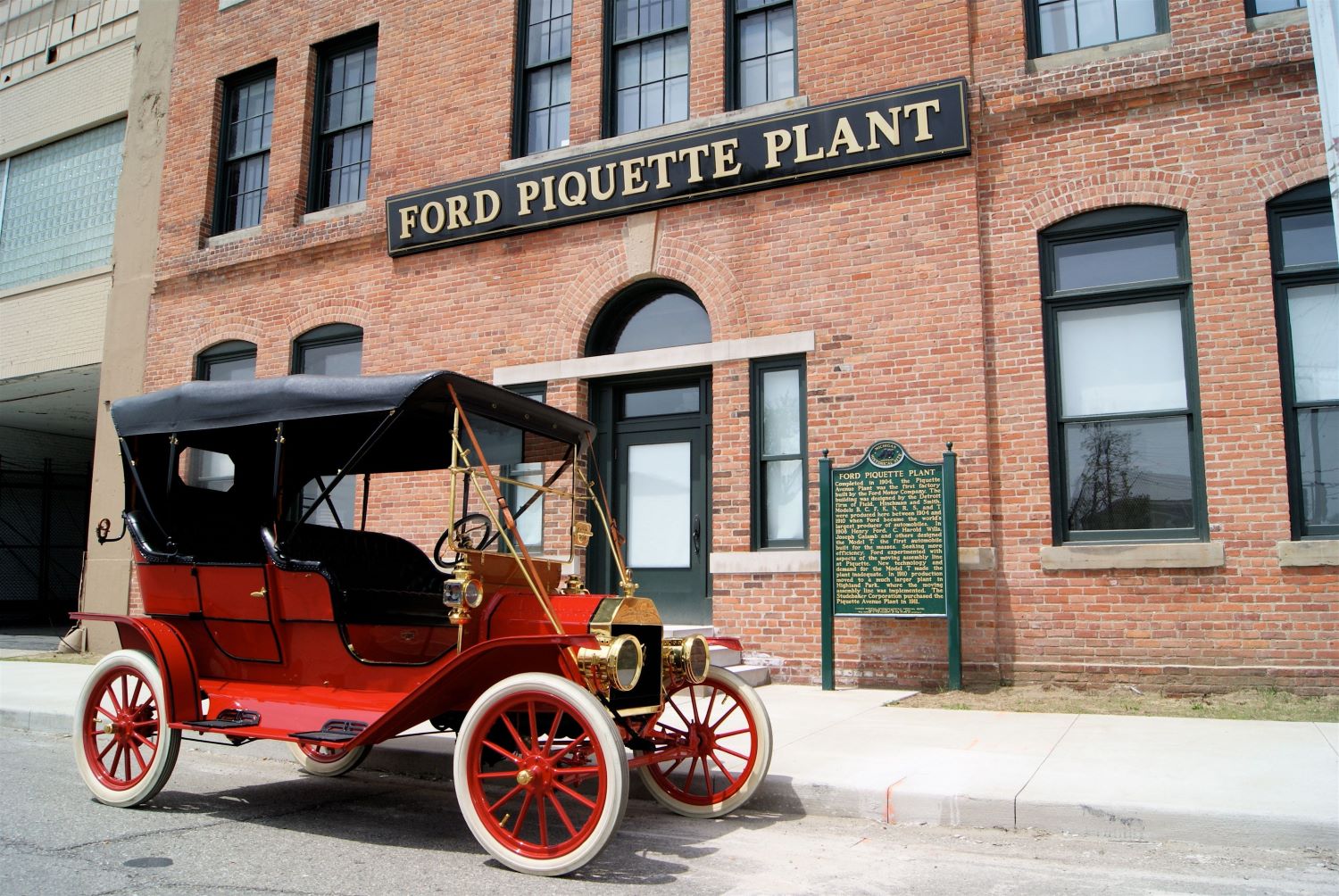