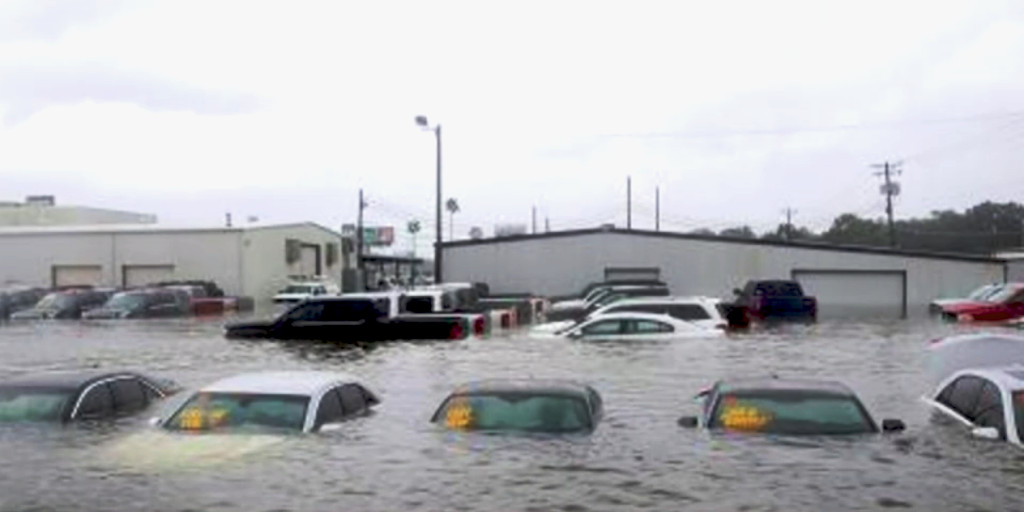 By now, you’ve probably seen at least a handful of images showing the destruction and devastation wrought by Hurricane Harvey around the area of Houston, Texas. One component of the massive economic loss: Cox Automotive estimates that as many as half-a-million vehicles could be completely ruined – and subsequently scrapped – because of the storm, particularly as a result of being submerged in flood water due to the intense rainfall.

This means we can likely anticipate a sudden spike in sales of both new and used vehicles in the region as families start to rebuild and approach some semblance of normalcy again. This, in turn, is liable to drive up prices of used cars in the Houston area, and create some incentive for dealer price-gouging on brand-new vehicles, as well. Making matters even worse for affected drivers is that used-car prices across the country are already near an all-time high.

Apart from ruining interior materials, flood water can effectively destroy vehicles by shorting electronics and leaking past seals to infiltrate critical components like the engine crankcase. It’s unknown how many Mustangs, F-150s, Explorers, and other Ford vehicles have been lost to Hurricane Harvey, but it’s distressing to think about – as is the notion that many sellers in the region will likely take advantage of heightened demand in the area in order to try and profit off of families’ difficulties.