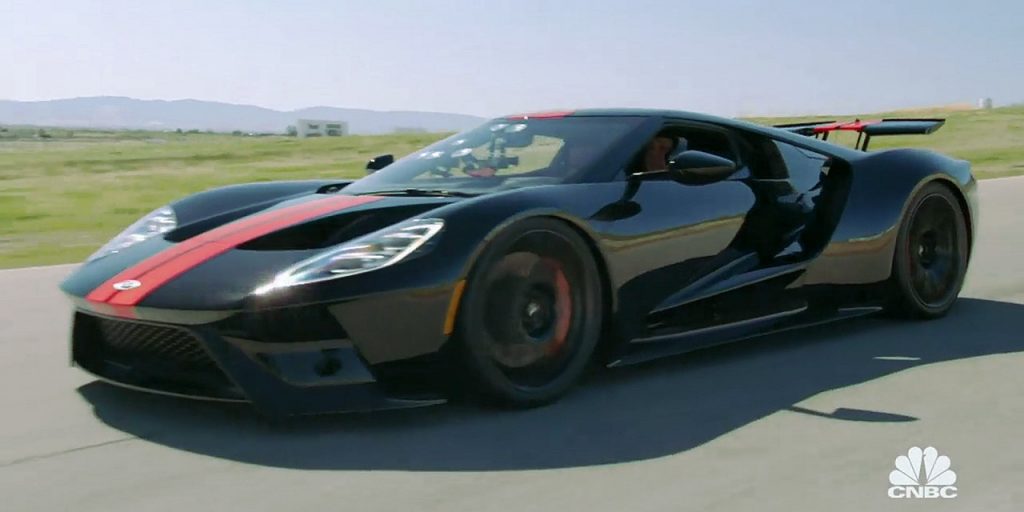 When Ford originally announced the all-new, second-generation Ford GT supercar, just about anyone could have predicted that actor and comedian Jay Leno would be near the top of the list of approved buyers. In vetting potential owners, Ford aimed to reserve the first 500 copies for those with the social status, media reach, and yes, prior Ford loyalty to be positive ambassadors for the brand. Leno’s celebrity, his television series (Jay Leno’s Garage), and his massive personal car collection that contains more than just a few fast Fords all gave him a leg up in trying to secure one of the earliest 2017 Ford GT examples.

But beside getting the all-clear to buy one of the first 500 Ford GT supercars, Leno was very fortunate in one other very big way, being permitted to take delivery of his new car at Circuit of the Americas so that he could drive it at speed on the track immediately after receiving it. The clip above from CNBC shows how that all played out, with Leno turning a few laps in his new, $505k track toy, going head-to-head with Joey Hand in the No. 66 Ford GT race car, and even getting to drive a lap or two in the race car himself.