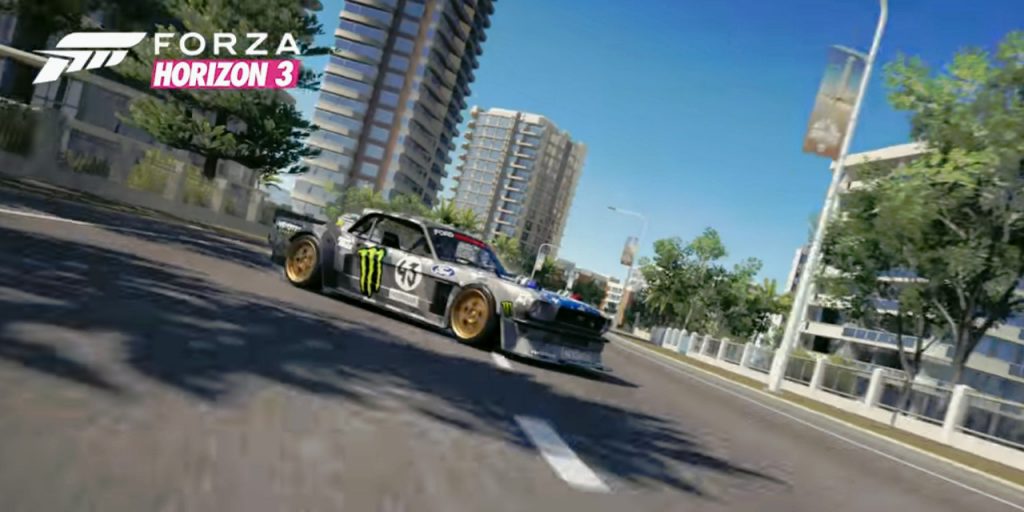 Gymkhana fans and Hoonigan devotees with an XBox One game console have something big to look forward to: both Forza Horizon 3 and Forza Motorsport 7 are preparing to roll out a brand-new “Hoonigan Car Pack”, adding cars like the 1965 Hoonigan Ford Mustang Hoonicorn RTR V2 and 1978 Hoonigan Ford Escort Mk2 RS1800 to the roster of playable vehicles.

The downloadable content (DLC) will be available from August 15th for Forza Horizon 3 players – free for those who’ve pre-ordered Forza Motorsport 7. It will launch a bit later for Forza Motorsport 7, arriving September 29th for Ultimate Edition owners, and October 3rd for Standard and Deluxe Edition players.

Microsoft announced this week that with this latest collaboration between Forza and Hoonigan, pro rallycross driver and Head Hoonigan In Charge Ken Block has become an official Forza ambassador. Past collaborations include Gymkhana 9‘s use of Forza Horizon 3 stunts for inspiration and the introduction of Ken Block’s Ford Focus RS RX to Horizon 3 as part of the “Blizzard Mountain” expansion.

“I’m really excited about the fact that we’re releasing a Hoonigan car pack with Forza,” says Ken Block. “The fact that fans are going to be able to drive not just my twin-turbo, 1400 hp Hoonicorn RTR V2 that I’m running in Climbkhana, but also my Gymkhana Escort, is awesome. Plus being able to drive BJ’s Loki, [Brian] Scotto’s 911 and all of the other cars? None of us actually let anyone else drive our cars really, so this is definitely the best chance anyone’s going to have to get behind the wheels.”