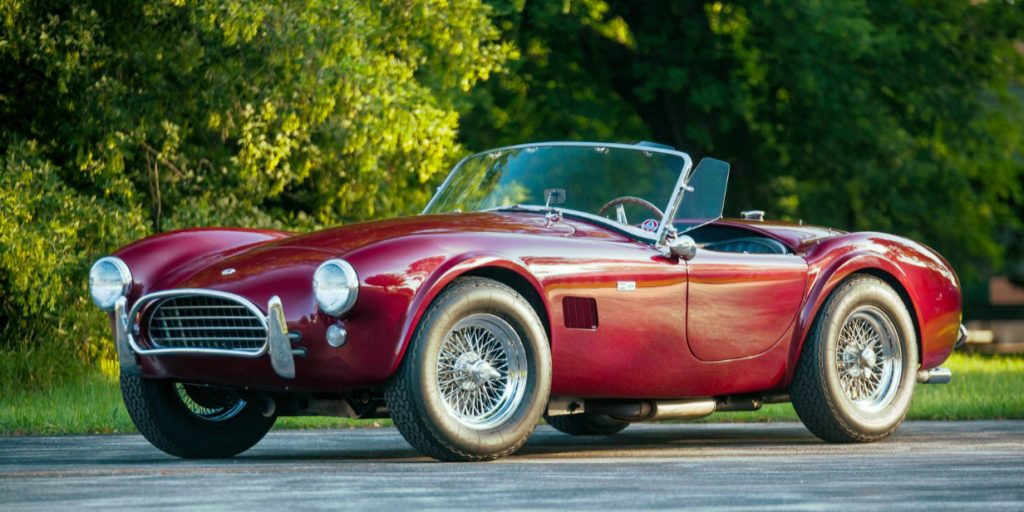 Shelby Cobra #CSX2588, the last 289 Cobra ever sold to the public, will be auctioned off later this month at Mecum’s Monterey event in California. Mecum Auctions is billing the car as the auction event’s “main attraction,” and it’s expected to fetch between $1 million and $1.2 million.

This 1965 Shelby Cobra was the second-to-last example produced, and the last to be sold to a customer; the only example produced later than it, #CSX2589, was kept by Carroll Shelby and his family. It was also the last 289 fitted with a manual transmission, as CSX2589 was produced with an automatic. It still has its original chassis, body, 289-cubic-inch “HiPo” V8, and 4-speed trans. The engine is fed by a 715-cfm Holley “Le Mans” carburetor through an aluminum intake plenum.

CSX2588 was repainted in its rare, original “Rouge Iris” maroon shade back in 2006 – a color only applied to 56 Leaf Spring Cobras. For more photos, be sure to see Mecum’s original listing for Shelby Cobra #CSX2588.