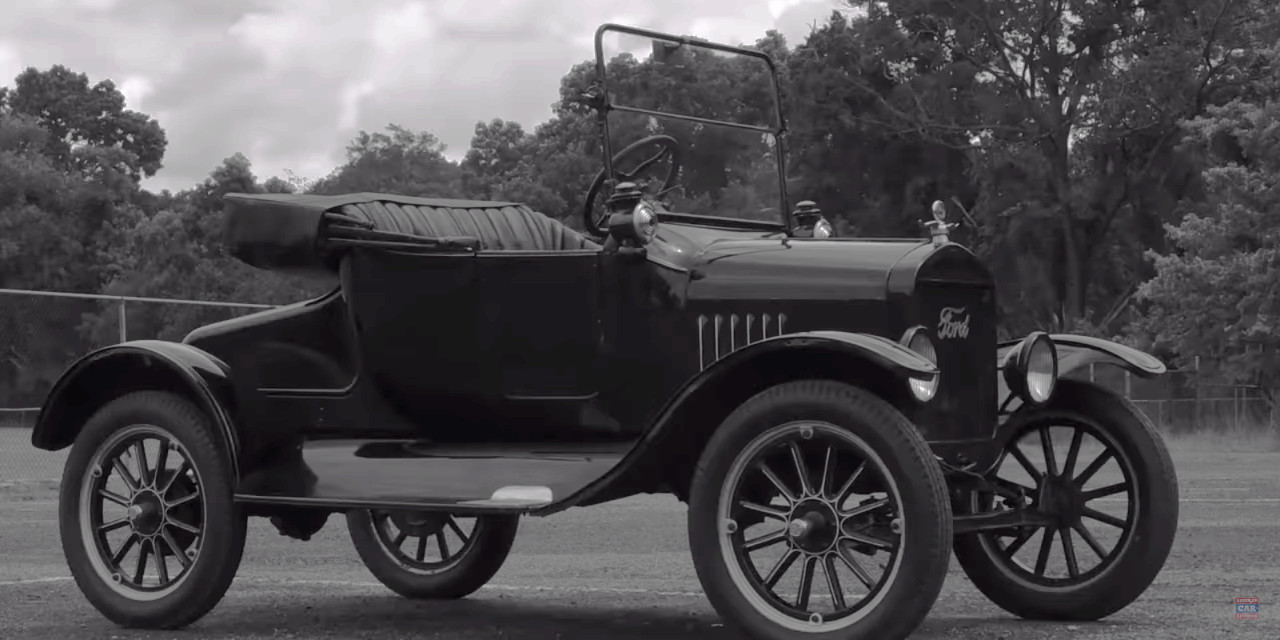 For anyone brought up learning to drive using a conventional control scheme – clutch on the left, throttle on the right, and brakes in the middle – it’s difficult to imagine anything else. But that layout didn’t come along until the Cadillac Type 53 was launched in 1916, nearly a decade after the Ford Model T.

Instead, as Mr. Regular of Regular Car Reviews discovered recently, the Model T utilized a relatively complex control scheme with the throttle adjusted via a stalk on the steering column, which essentially like having “cruise control all the time,” he says. And just as there’s no throttle pedal, there’s no gear-shift lever, either; instead, the driver selects between the Model T’s two forward speeds (and Neutral) by depressing a pedal with their left foot.

It’s a complicated song and dance if you’re not accustomed to it, and in the Regular Car Reviews episode above, we get to watch as Mr. Regular figures it out himself with a little help from a Ford Model T owner named Justin. There’s a bit of confusion at the start, but after a few minutes, he’s cruising around a parking lot like a pro.