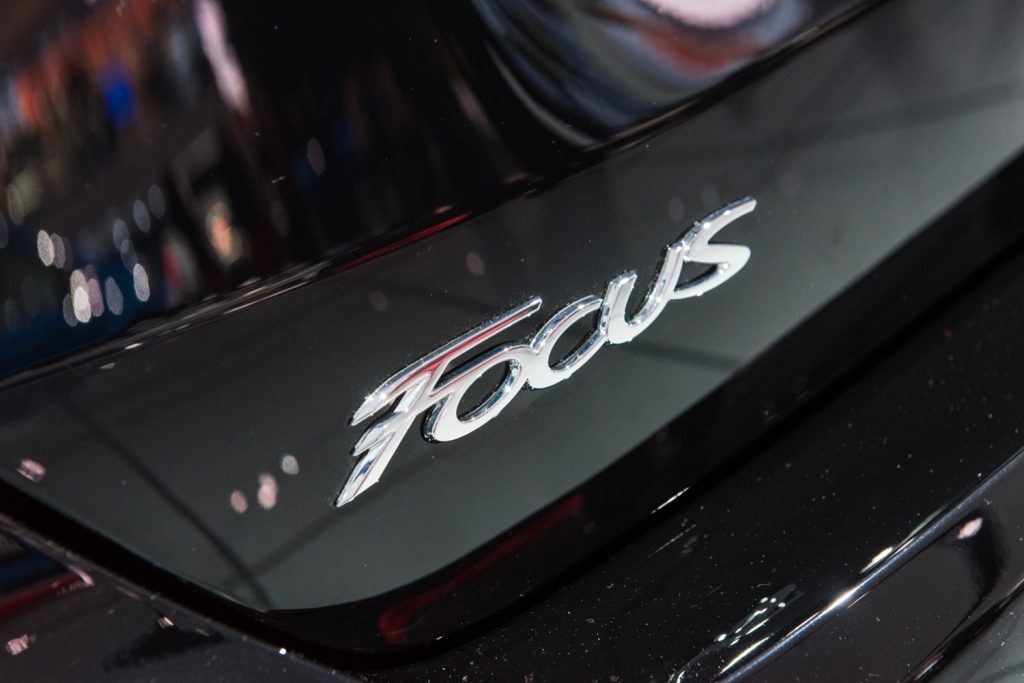 A prototype of the next-generation Ford Focus wagon has been spotted testing in public yet again, and despite a generous helping of camouflage and padding, spy photographers managed to capture the future station wagon in greater detail than ever, thanks to some opportune lighting conditions. The pics are available to browse over at Motor1.com.

Specifically, these photos give us a good look at the sculpture along the sides of the vehicle; we can see a very pronounced upper character line beneath the belt line, with a very gentle, subtle dip toward the middle. The line extends all the way from the headlights back to the taillights, arching ever-so-slightly over both the front and rear wheels. It’s a much more dramatic feature than any of the sculpture on the current-generation Ford Focus, and it has the effect of making the compact appear more upscale.

Strangely, this 2019 Ford Focus wagon prototype was running around on steel wheels when it was caught by spy photographers – something only offered on the base “S” trim level Ford Focus sedan in the US. That detail doesn’t necessarily mean anything.

When the 2019 Ford Focus arrives, we expect the US version 1) won’t be available in station wagon form, and 2) will add at least one turbocharged, four-cylinder EcoBoost engine to its range of available powerplants. Meanwhile, the sedan body style, which has been spied once or twice alredy, will likely remain specific to the US and China markets.

Be sure to check out the latest Ford Focus wagon spy shots at Motor1.