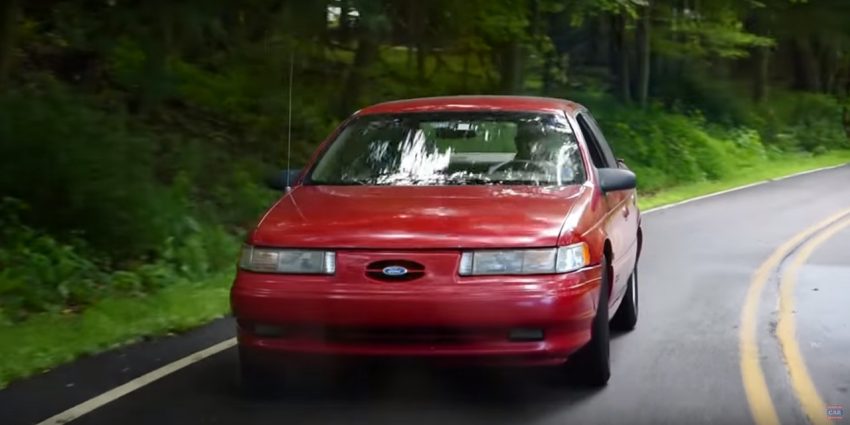 In the late-1980s, Ford got the rather strange idea that its hot-selling Taurus sedan could compete with the sporty, luxurious offerings coming out of Germany if only it had the right engine. So, the automaker tapped Yamaha to design and produce a compact, transverse V6 engine with dual overhead cams based on the existing Ford Vulcan, and what they got was a sweet-sounding, rev-happy peach displacing 3.0 liters (or 3.2, from 1993-1995). Ford then put it in the FWD Ford Taurus, named it the “SHO” (or “Super-High Output”), and sent it to market.

While styled just as conservatively as the regular Taurus, the first Ford Taurus SHO examples produced a claimed 220 horsepower and 200 lb-ft of torque, which was enough to make the 3,300-pound car quick, even (arguably) by today’s standards; 60 mph came up in a brief 6.6 seconds.

In the latest from Regular Car Reviews, Mr. Regular drives the cult-classic Ford Taurus SHO – a 1994 example with a manual transmission and 180k miles on the clock. Mr. Regular refers to it as “one of the original factory sleepers,” saying: “All modern sleepers trace their roots to this… kind of.”

Find out what he thinks of the quick, Yamaha-powered Ford Taurus SHO by watching the video above.