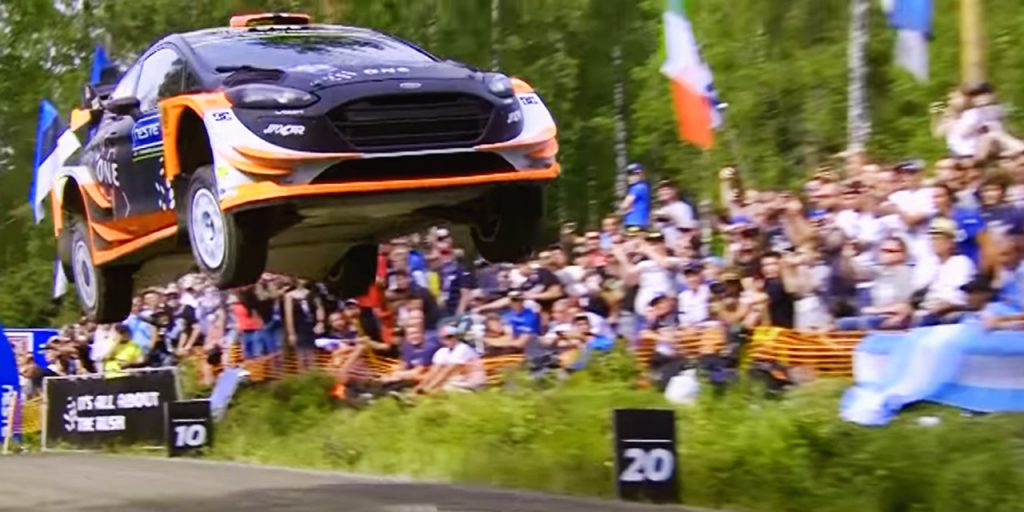 Like most rally courses, the Rally Finland course contains one or two jumps that force the cars driving them to get a bit airborne. Finland has one jump in particular, though, that causes the cars to take flight in a truly spectacular fashion, and although it isn’t a metric that will help determine the winner, race organizers keep track of just how far cars fly off this jump.

It’s called the “Yellow House Jump,” and in his Ford Fiesta WRC, Mads Østberg surpassed all others by passing over an incredible 50 meters before touching down. As Motor Authority points out, that’s even farther than the Wright Brothers’ first powered flight, which lasted about 37 meters. The next-longest jump of the day was executed by Esapekka Lappi, who managed to make it 42.5 meters before landing back on solid ground in his Toyota Yaris WRC.

Østberg did not end up placing among the top six in the race, settling for a seventh-place finish. But at least he and his trusty Ford Fiesta WRC managed this incredible jump.