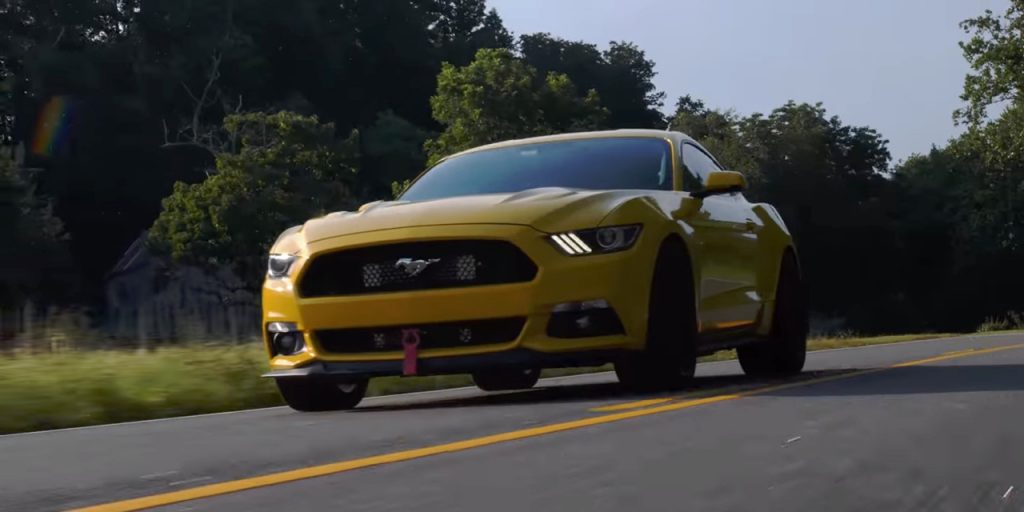 The folks at YouTube channel Gears and Gasoline haven’t made a habit of injecting themselves into their own videos, their approach typically being more observational than discursive. Then again, it’s not every day that they profile a Procharged 2015 Ford Mustang GT and its owner, so they made an exception for their most recent video, attempting to answer the question: What is it like to drive a 1,000-horsepower Mustang?

The 2015 Mustang GT in-question belongs to a man named Ryan, and in addition to a Procharger centrifugal supercharger, it rocks a rebuilt motor with forged internals, McLeod RXT twin-disc clutch, and beefed-up half axles and carbon-fiber driveshaft from Driveshaft Shop. Its exact, measured output at the rear wheels is 934 horsepower and 698 lb-ft of torque, equating to around 1,100 hp and 820 lb-ft at the crankshaft. That’s enough to exceed the maximum ratings of some of Ryan’s aftermarket components, but so far, everything’s still intact. So far.

So, what is it like to drive this supercharged, 1,000-horsepower Mustang? In normal street circumstances, “it doesn’t drive like it has a thousand horsepower,” says Ben of Gears and Gasoline. “In fact, with the cutouts closed… below four-thousand RPM, I would never know that it had a thousand horsepower, or that it was anything beside a Mustang GT with an exhaust.”

That is, right up until it came time to refuel; this Procharged pony car is tuned to run E85, and burns through a gallon of the stuff about every eight miles, says the car’s owner. That disqualifies it from being his usual daily driver.

Check out the latest from Gears and Gasoline above for more.