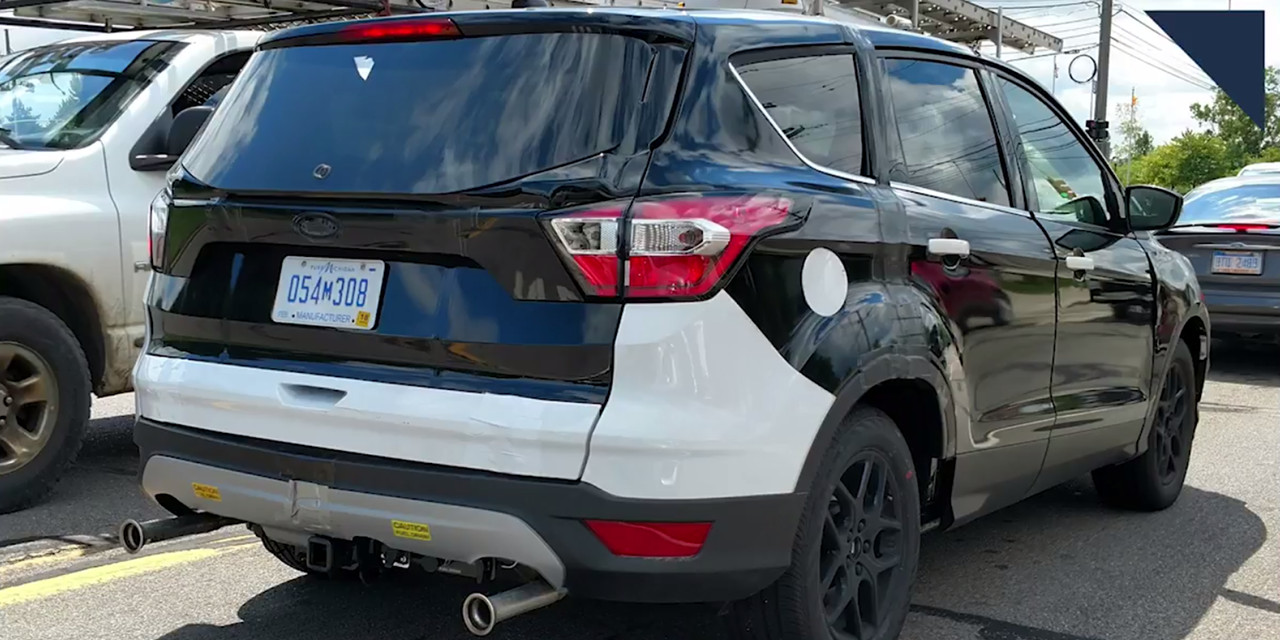 A well-placed photographer around Metro Detroit managed to capture a Ford Escape test mule on camera recently, only the spied crossover was anything but ordinary; according to Autoline, the Escape in-question had been widened somewhat from its original form. Looking at the images, the tailgate does indeed appear to feature tell-tale signs that it’s been expanded horizontally, and we even suspect that the vehicle has been lengthened, too, with extra material being tacked in place along a seam located at the c-pillar.

It’s possible that Ford is already hard at work on the replacement for the current, third-generation Ford Escape, and that, like the Focus compact car whose platform it currently shares, it will grow in both length and width. On the other hand, Ford just introduced the third-gen Escape for 2013, refreshing it for the 2017 model year, so the crossover isn’t exactly stale yet.

It’s also possible, as Autoline suggests in its report, that Ford could be working on a larger Ford Escape sub-model. The crossover segment is growing, both in the US and abroad, so there may well be room in the lineup for a more capacious variant, especially with the subcompact EcoSport soon to be on offer in North America.

Watch the Autoline report above for the full scoop (skip ahead to 1:06 for the Ford Escape test mule).