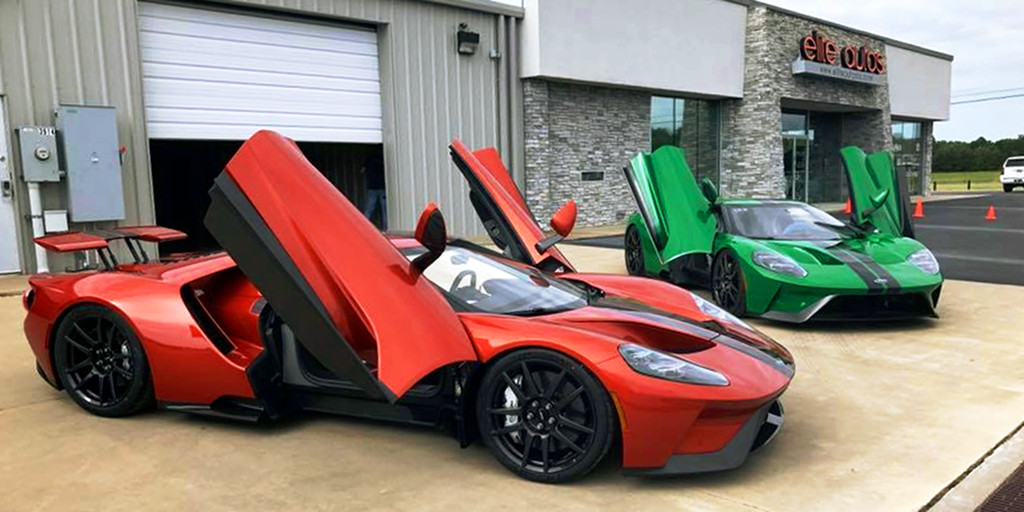 Correction: A previous version of this article stated that one of the Ford GT supercars in the photos was painted Liquid Red, which is a factory color. It is actually Beryllium Orange – a custom color sampled from the Saleen S7 supercar. The article has been updated to reflect this.

Yet just in case that’s not enough choice for you, it turns out that customers of the 2017 Ford GT can have the supercar painted whatever color they choose. This week, Arkansas dealer Elite Autos LLC published a handful of photos to its Facebook page from an open house at which the dealership played host to a pair of custom-painted Ford GT examples: one shod in “Beryllium Orange”, a color borrowed from the Saleen S7 supercar, and the other wearing a unique shade of green. The cars were delivered to their lucky owners by Mark Martin Ford.

We contacted Elite Autos for details, and the dealer confirmed that Ford will finish the car in whatever color the buyer wants for the princely sum of $30k. That’s a lot of money, to be sure, but… Well, there is no “but.” That’s just a lot of money.

On the plus side, it means that should our fortunes change in the near future, we could totally order the tasty, brown metallic Ford GT that’s been haunting our dreams ever since the automaker first started taking applications.