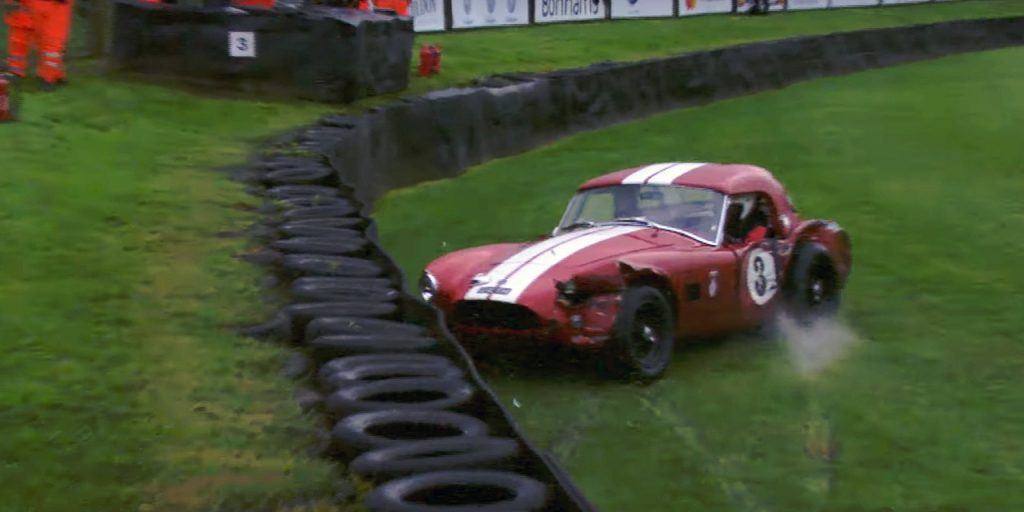 It never ceases to amaze us that some folks choose to run their valuable, classic automobiles in motorsport events like the Goodwood Revival. Driving a modern performance car at the limit is already a financial risk; doing it in an irreplaceable bit of vintage machinery like, say, a $1-million Shelby Cobra, the stakes are far higher.

And sometimes, tragically, the gamble doesn’t pay off. Such was the case at this year’s Goodwood Revival, when Martin Hunt took to the track in the Kinrara Trophy race with his pristine, 1963 Shelby Cobra and went off, impacting hard with the tire wall.

Rain covered the track during the race, and Hunt appeared to lose all grip coming up to a right-hand corner, understeering straight into the grass. Making matters worse, there was nothing to slow his Shelby Cobra down after it left the pavement, causing it to maintain momentum as it slid straight into the wall. The driver was all right after the impact, but the same can’t be said of the car, which lost both wing mirrors and sustained heavy damage to most of the sheet metal as it hit on both sides.

Watch the video above to see the crash for yourself, but be warned: this footage is not for the weak of stomach.