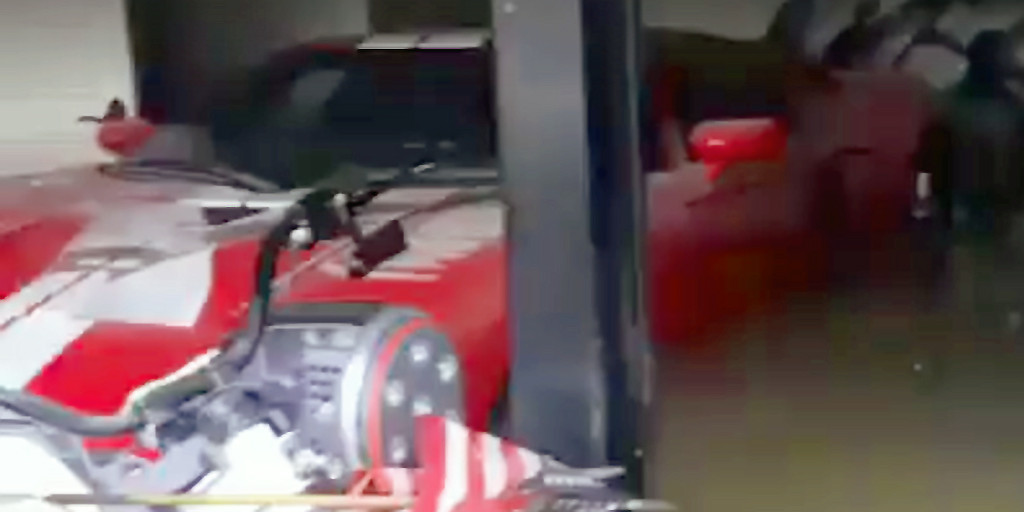 The emotional and economic losses sustained on account of Hurricane Harvey in the American South are incalculable, but counting among the casualties are an estimated half-a-million cars that have been rendered total write-offs due to sustaining damage from the wind and rain. Naturally, the list of cars lost must include a non-zero quantity of rare, expensive, high-performance cars – cars like the first-generation Ford GT of 2005-’06 pictured above.

A new video from Exotic Collective on Facebook shows a handful of expensive cars and bikes in a private garage flooded by Hurricane Harvey, including the 2005/’06 Ford GT, a pair of modern Ferraris (a 488 GTB and a 458 Speciale), and a Mercedes-AMG G63. Of these four vehicles, only the latter seems as though it could be easily salvageable, as its elevated ride height means that much of its electronic and mechanical equipment may have escaped the flood water’s reach.

The others might not be worth even trying to make roadworthy again.

Hurricane Harvey relief efforts in Houston, Texas and the surrounding area are ongoing, and Ford has committed to raise $3.5 million in funds for the region. That’s a large sum, but the total cost of rebuilding will certainly be many, many times more.