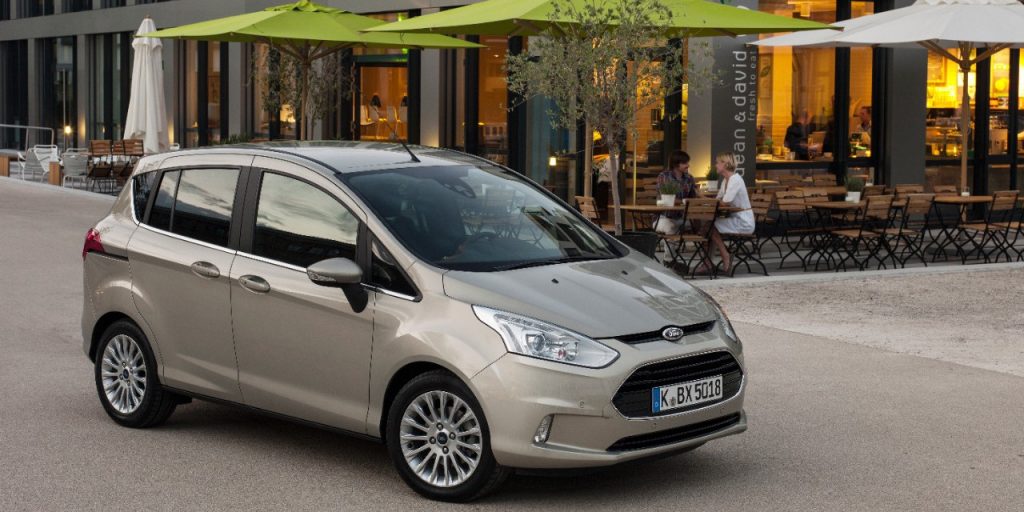 Ford of Europe has confirmed that the B-MAX multi-purpose vehicle (or “minivan,” in some markets) has been axed from the lineup, reports Auto Express. Built on Ford’s Global B platform, which underpins the sixth- and seventh-generation Fiesta subcompact cars, the Ford B-MAX has been indirectly replaced by the EcoSport crossover, according to Ford Europe President Steve Armstrong.

“We are in the middle of a really strong product change over phase,” Armstrong told Auto Express on the floor of the Frankfurt Motor Show. “We’ve now finished production of the B-MAX and that has has now been replaced with the EcoSport. [The MPV] segment is declining and we need to stay relevant. We’ve taken the opportunity to bring [EcoSport] production to Europe.”

Like the Ford B-MAX, the current EcoSport is also based on Ford’s Global B platform, rendering the B-MAX rather redundant. The move to discontinue the MPV makes good on a rumor that surfaced in July, which maintained that the B-MAX would be retired in order to make room for EcoSport production at Ford’s Romanian assembly plant. It also makes it much less likely that the B-MAX will be joining the US lineup – a prospect that seemed possible when Ford filed to trademark the “B-MAX” name in the United States late in August.

Auto Express suggests that the choice to discontinue the subcompact minivan makes it more likely that the larger C-MAX MPV could also face the axe. While today the distinction between “SUV” and “minivan” is largely a matter of semantics and design language, the fact remains that the SUV/crossover segment is hot, while the minivan segment is decidedly not.