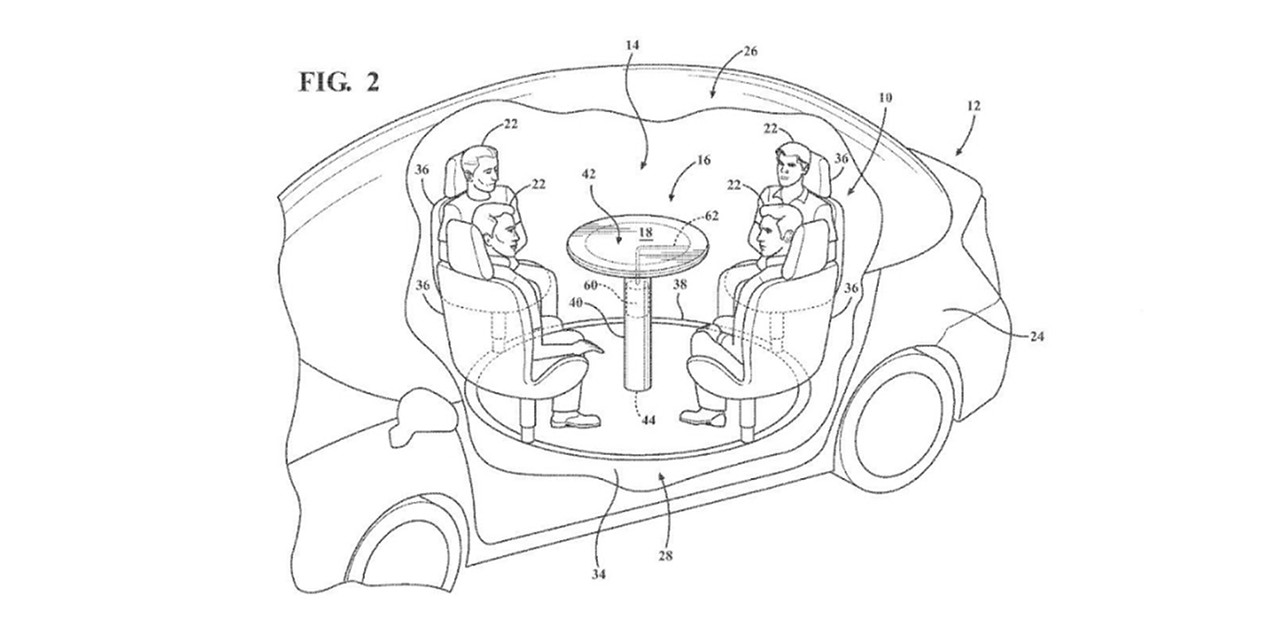 Website Carscoops has managed to locate a patent application filed by Ford in March of last year for a vehicle interior configuration well-suited for autonomous vehicles, which features four swiveling chairs around a round table capable of retracting into the floor when not in use. According to the patent application, the table could feature an airbag that would inflate to protect passengers’ heads in the event of an accident, although how much that would help with chairs that swivel is uncertain.

Ford is marching full-speed toward automakers’ shared vision of roads dominated by self-driving cars, and among the myriad benefits such vehicles could deliver is extra time. With the driving task handled by a complex system of computers and sensors, commuters can spend the time they would have devoted to driving on other things, such as reading, chatting, catching up on email, and even working. This interior configuration penned by Ford fits right into that future reality, and we expect we’ll be seeing a lot more livingroom-esque cabin arrangements like it in the future.

Ford has announced that its first volume-production autonomous vehicle will be put on the road by 2021, initially just in ride-hailing and ride-sharing applications. The jury’s out on whether its cabin could look anything like the one in Ford’s patent application.