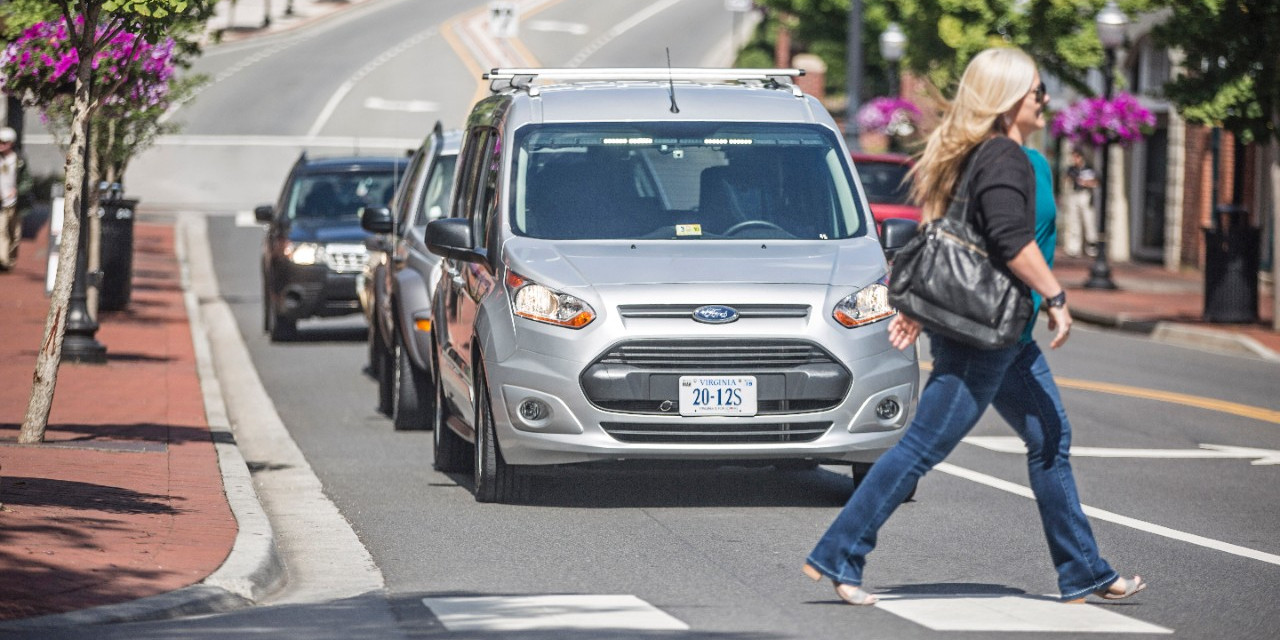 In the future, when autonomous vehicles have taken to the street in large numbers, there will be no driver at the helm to gesture to other people – no human means of communicating, for instance, that a pedestrian is free to cross the street. Specific scenarios such as this will require that the self-driving car be equipped with some new means of communicating with humans.

Ford Motor Company and the Virginia Tech Transport Institute are working on such a system, developing new light signals to communicate autonomous vehicles’ intent to other road users. Light signals were chosen, according to Ford, because text communications would require that everyone understand the chosen language, and visual symbols don’t have the best track record when it comes to universal recognition.

Ford and Virginia Tech have started testing the new light signals in northern Virginia, using a single, white LED bar mounted at the top of the windshield to communicate whether the car is beginning to accelerate (fast-blinking line), cruising autonomously (solid line), or yielding (two smaller lines that move side-to-side).

Amusingly, these signals are being tested using a human-piloted Ford Transit Connect in which the driver dresses up as the drivers seat, giving the impression that the vehicle is self-driven. The human driver dons a full-body suit designed to mimic the look of the upholstery, equipping a mask that looks just like a head rest and keeping his hands low on the wheel to hide them from view. Best. Prank. Ever.

Ford and the Virginia Tech Transport Institute have logged more than 150 hours of data so far, over the course of 1,800 miles in an urban environment. The new signals were used more than 1,650 times in that span, while external cameras provided a 360-degree view to document how road users reacted to the lights.

“Understanding how self-driving vehicles impact the world as we know it today is critical to ensuring we’re creating the right experience for tomorrow,” says Ford Human Factors Technical Specialist John Shutko. “We need to solve for the challenges presented by not having a human driver, so designing a way to replace the head nod or hand wave is fundamental to ensuring safe and efficient operation of self-driving vehicles in our communities.”