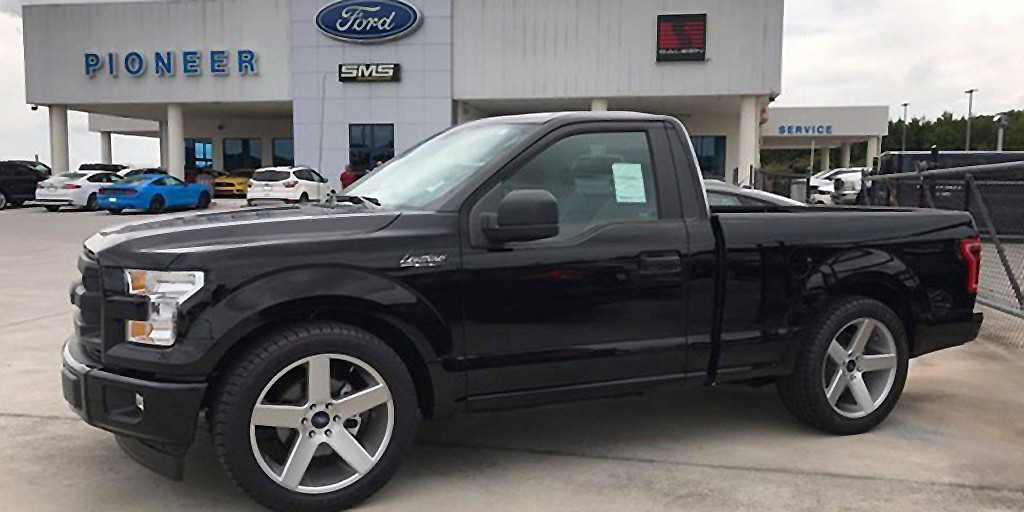 When released for 1993, the high-performance Ford SVT Lightning F-150 may not have sold in large numbers, but it found a loyal fanbase nonetheless with its mind-blowing street performance. Powered by a 240-horsepower, 5.8-liter Windsor V8 with high-flow heads, the original SVT Lightning was reportedly capable of making the 0-to-60-mph sprint in less than 8 seconds – pretty darn fast for a stock truck. The sequel, produced from 1999 to 2004, was even better, utilizing a supercharged, 5.4-liter Triton V8 to deliver 360 or 380 horsepower, depending on the model year.

And then, the fun stopped; Ford discontinued the SVT Lightning in 2004 after deciding that the new, eleventh-generation truck was simply too big and heavy to lend itself to a street performance machine. Years later, for 2010, the automaker brought out the SVT Raptor, meeting the needs of customers who sought a performance-oriented off-road truck, but leaving folks looking for a fast, decent-handling street pickup high-and-dry.

Pioneer Ford’s F-150 Lightning Tribute is based on the 2017 half-ton pickup with a Regular cab and a short bed, like the factory SVT Lightnings of yesteryear. Taking cues from the second-generation street performance truck, it squeezes a supercharged V8 engine for its power – specifically, the factory 5.0-liter Coyote with a Roush Performance TVS supercharger bolted on. This equates to 650 peak horsepower, while the factory powertrain warranty is left intact.

Those things in and of themselves do not an F-150 Lightning make, so additional equipment is included, including “Lightning” badges, custom 22-inch, five-spoke alloys styled after the second-gen SVT Lightning’s wheels, and a sweet side-exit exhaust system. The suspension has been lowered and tuned for superior cornering ability, too.

According to website Hooniverse, this particular Ford F-150 Lightning Tribute is priced at $49,661, which isn’t too bad considering that the SVT Lightning retailed for $32,460 back in 2001 – the equivalent of about $45k today, after adjusting for inflation. Is another 270 horsepower and a suite of modern technologies/creature comforts worth an extra $5k? We tend to think so.

Check in at the Pioneer Ford of Bremen website to search for available F-150 Lightning Tribute inventory.