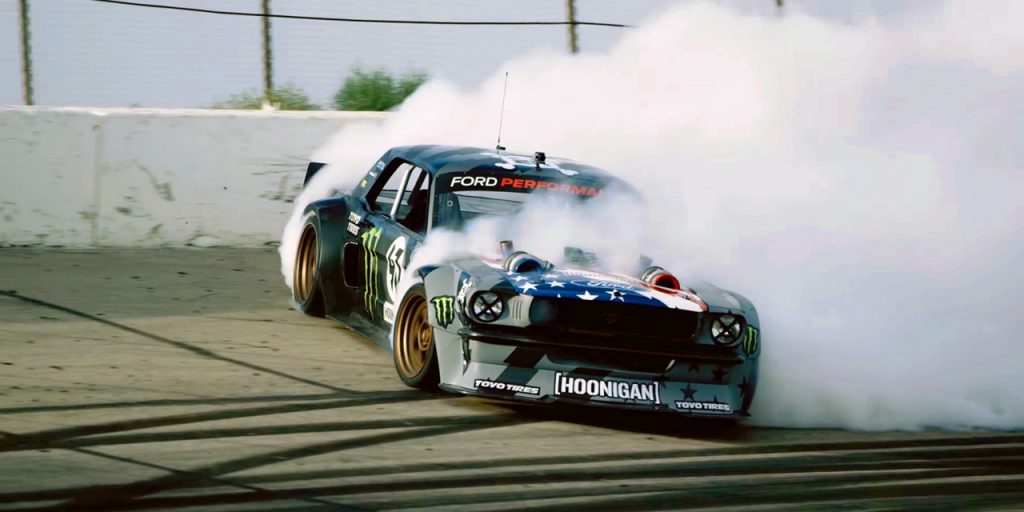 It was nearly a year ago that Toyo Tires and Hoonigan announced that celebrity Gymkhana star and pro Rallycross driver Ken Block would be tackling Colorado’s infamous Pikes Peak in his AWD, 1,400-horsepower Mustang “Hoonicorn V2”. The release of the resulting “Climbkhana” video had been slated for summer of this year, but it seems as though the Hoonigan team got a bit behind schedule somewhere along the way.

That’s the date cited in the Hoonigan Daily Transmission video above. The video also lets us go behind the scenes a little bit and see what happened when Ken Block first tested the Hoonicorn V2 at an oval track last year. The power, which is nearly double what the Hoonicorn RTR made back when Gymkhana 7 was filmed, proved to be a bit of a handful for Block, easily overwhelming the tires and forcing him to adapt quickly to get his inputs right and tame the methanol-fueled monster.