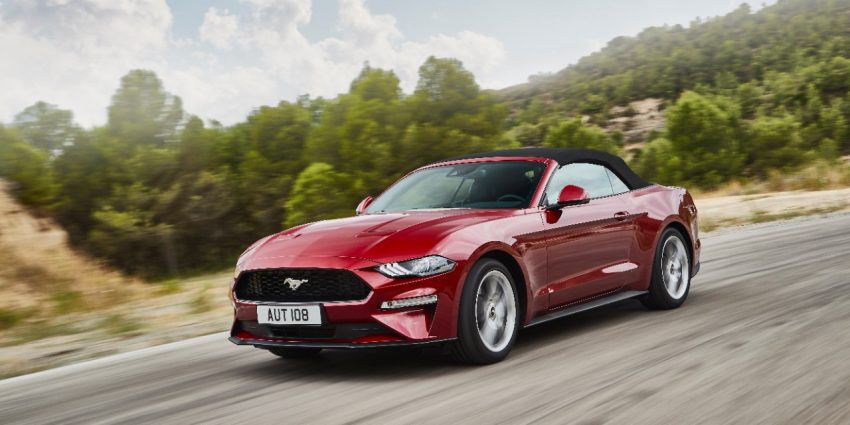 Ford’s Europe-bound version of the refreshed, 2018 Ford Mustang has finally been revealed at the 2017 Frankfurt Motor Show, and like the US-spec pony car, the European one will deliver dramatic new styling, greater output from the V8-powered GT model, and an available 10-speed automatic transmission for both GT and EcoBoost cars.

That 10-speed automatic is the same one that bowed in all 2017 Ford F-150 models with the available 3.5-liter EcoBoost V6, and has since spread to the rest of the F-150 range for 2018 (save for the base model). The longitudinal planetary gearbox was co-developed with General Motors, and offers four more forward gear ratios than the Mustang’s old slushbox, helping to deliver superior performance and fuel economy. Aiding it in those pursuits is what Ford refers to as “real-time adaptive shift-scheduling”.

“Typically, when you shift gears, you give up time,” says Ford Europe Mustang Chief Program Engineer Matthias Tonn. “The Mustang’s new 10-speed transmission enables the engine to deliver peak power and torque while up-shifting, for faster acceleration and seamless performance. We expect the result to be our fastest accelerating Ford Mustang yet.”

Mr. Tonn’s expectation ought to be met, thanks largely to the extra horsepower produced by the 2018 Ford Mustang GT. According to Ford, the new V8 model is anticipated to deliver 450 PS – or about 444 horsepower. That’s less than the North American model, but still a sizable improvement, due in part to a new dual-injection system. Like the American version, the European-spec 2018 Ford Mustang GT is expected to be capable of hitting 60 mph in less than four seconds in Drag Strip mode.

The current-generation Ford Mustang has sold in numbers of about 30,000 in Europe since first going on sale there in early-2015. Given the breadth of enhancements bestowed upon this mid-cycle refresh, we don’t figure Ford will have any difficulty continuing to find buyers for the high-performance pony car.