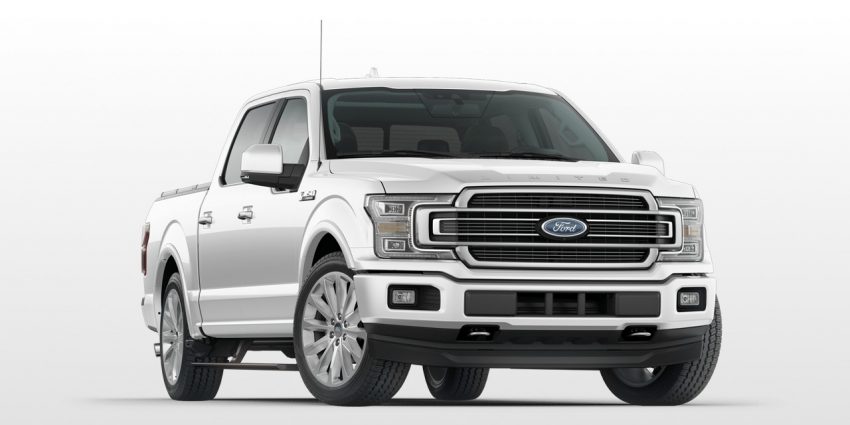 As Ford Motor Company works to put a diesel-powered version of its ever-popular F-150 half-ton pickup on the road, it looks more and more as though the Blue Oval won’t only face competition from Ram Trucks and its 1500 EcoDiesel, but from the GMC Sierra/Chevrolet Silverado, as well. As reported by our sister site, GM Authority, a fresh batch of 2019 GMC Sierra spy shots have cropped up, capturing what appear to be a diesel exhaust treatment fluid tank and a particulate filter.

Given that a next-generation 2019 Chevrolet Silverado had previously been spied filling up at the diesel pump, it seems almost a certainty that GM is working on an oil-burning engine for both half-ton truck models.

The Ford F-150 diesel is slated to arrive early next year, drawing on a twin-turbocharged, 3.0-liter “Lion” diesel V6 to deliver commendable fuel economy with mucho torque. The Ram 1500 EcoDiesel’s twin-turbo V6 also displaces 3.0 liters, producing some 240 horsepower and 420 lb-ft in the process, so expect the Ford to surpass those figures.

Meanwhile, however, it’s unknown what diesel engine GM might use to power its oil-burning full-size pickups; the automaker made headway developing a 4.5-liter diesel V8 last decade for use in its half-ton trucks, but the project was scrapped when the US economy took a nosedive in 2009. More than likely, it’ll be an all-new diesel mill displacing at least as much volume as its two US-born competitors.

That Ford’s F-150 diesel launches first will presumably give General Motors the opportunity to one-up the Blue Oval on both power and torque – if not fuel economy – through purposeful tuning.

Ford Confirms A Ton Of New Vehicle Debuts For 2019