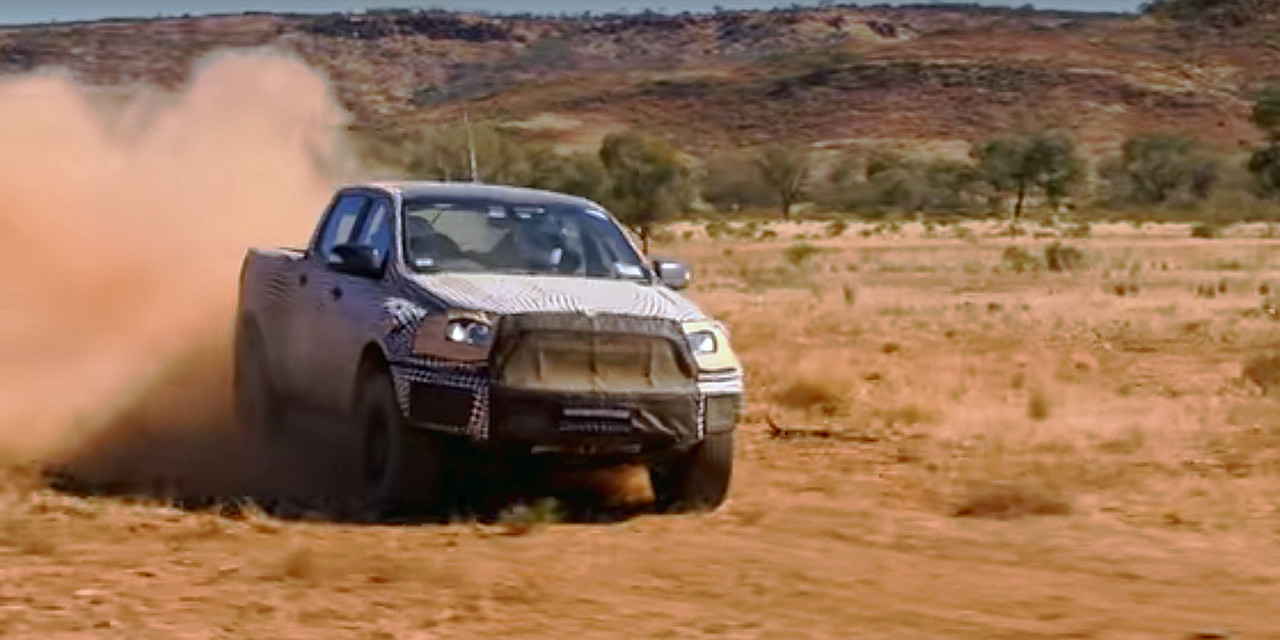 Ford Asia Pacific today published a teaser trailer confirming the existence of a high-performance Ford Ranger Raptor mid-size truck, which will launch in Australia in 2018. The video doesn’t spill the beans on any of the specifications, but it does reveal that the Ranger Raptor will boast aggressive, revised styling, and plenty of off-road prowess.

What else can we glean? From the barely-audible sound of the exhaust, we gather that Australia’s forthcoming Ford Ranger Raptor will be powered by a petrol – not a diesel – engine, making one of Ford’s turbocharged EcoBoost mills the most likely powerplant of choice. We doubt it’ll be the same 3.5-liter EcoBoost V6 that powers its bigger brother, the Ford F-150 Raptor, so expect a displacement of 2.7 liters or less. Our money’s on the 2.3-liter EcoBoost I4 from the Ford Mustang and Focus RS, tuned for greater peak torque.

Will we ever get the Ford Ranger Raptor here in North America? It seems highly likely. The US is the very rock-crawling, trail-blazing, truck-loving market for which the SVT Raptor was originally hatched for 2010, and we gather the latest F-150 Raptor hasn’t exactly proven a sales slouch. Plus, if Ford wants to go tit-for-tat against Chevrolet and Toyota, who offer the Chevrolet Colorado ZR2 and Tacoma TRD Pro mid-size off-roaders, respectively, it’ll need the new Ford Ranger Raptor to conquer the segment.

We look forward to finding out.