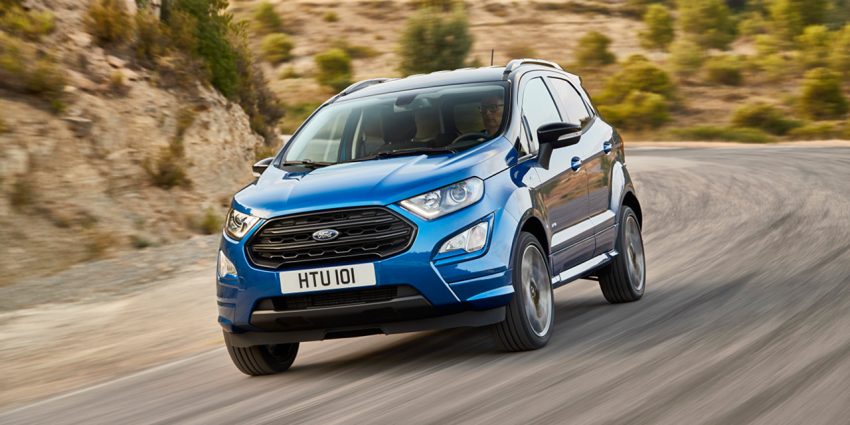 A newly-revised Ford EcoSport (pronounced “echo-sport,” not “eek-o-sport”) for 2018 has been unveiled to the European market at the 2017 Frankfurt Motor Show, looking very much like the 2018 model soon to go on sale in the United States. On the surface, the most noticeable change would appear to be the redesigned front fascia with its large, singular upper grille, but there’s plenty new going on beneath the skin, as well. The subcompact crossover is still based on the same Global B-car platform that underpins the Fiesta supermini.

“We’ve enhanced the quality, technology and versatility of the new Ford EcoSport to deliver more of the confidence and control that compact SUV customers want,” says Global B-Car Vehicle Line Director Gary Boes. “Drivers will feel more comfortable and self-assured than ever at the wheel.”

The refreshed, 2018 Ford EcoSport will be available in Europe from late-2017.