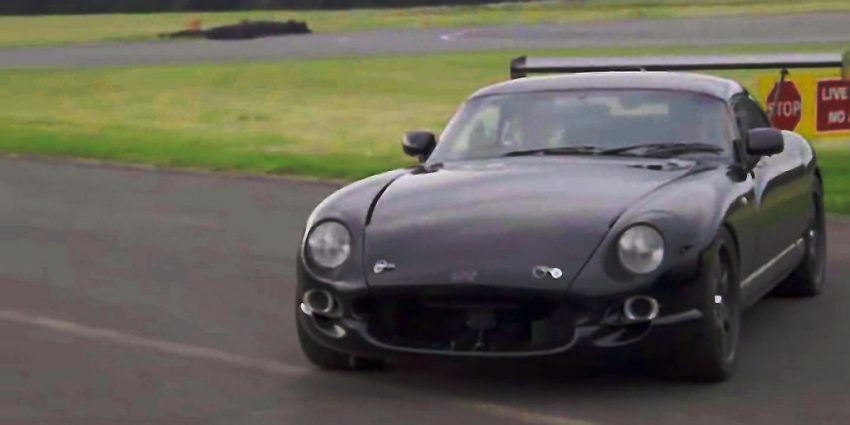 The latest sportscar design from boutique British carmaker TVR – the company’s first in over a decade – bowed last weekend at the 2017 Goodwood Revival, and although it gets its motivation from Ford’s familiar 5.0-liter Coyote V8, the new TVR Griffith is anything but ordinary. The engine, which in this application releases its spent gases via a pair of side-exit exhausts, has been fiddled with by Cosworth to produce an awesome 500 brake horsepower while remaining normally-aspirated.

Just as important, the Cosworth-tuned Ford Coyote engine sounds like the devil incarnate.

The video above from Goodwood Road & Racing features a TVR Griffith test mule running the new Cosworth/Ford engine, and if you thought the flat-plane-crank Voodoo used in the current Shelby GT350 was the most exotic-sounding production Ford V8 you’d ever encounter, you’re in for a shock. Crank up your volume and click play to hear the power-dense new motor unleash a brutal torrent of sound, and if you’re hungry for more info on the new Griffith sportscar, be sure to check out our recent article exploring all the relevant details.

New Ford Focus To Start Production In Mid-2019, Be Sourced Mainly From China