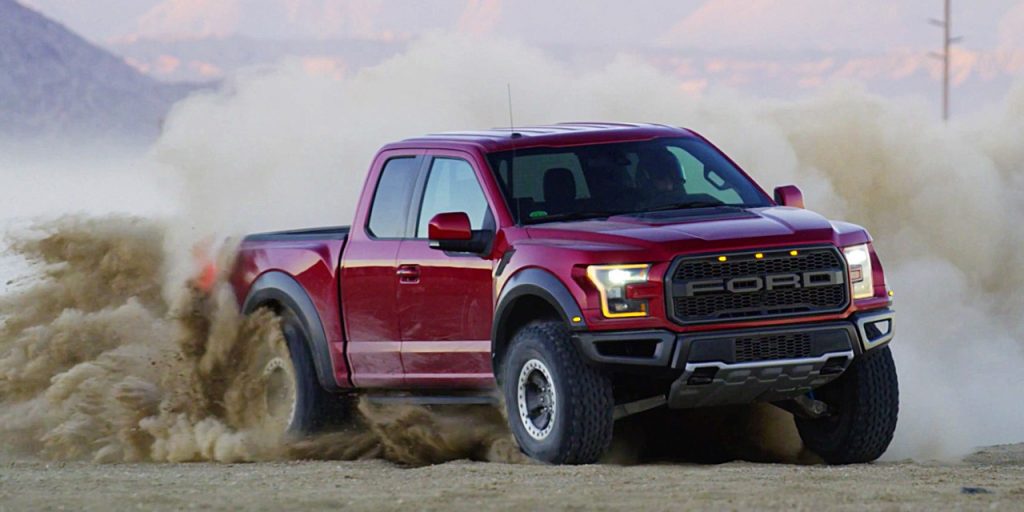 The all-new, 2017 Ford F-150 Raptor is a standout name on WardsAuto’s list of the 10 Best User Experiences for 2017, being the only truck – and a bonkers, high-performance off-roader of a truck, at that.

WardsAuto’s judges were impressed by the F-150 Raptor’s four USB ports and two 110V A/C outlets, which can flow up to 400W of power. That’s “more than enough to run the lights, phone chargers, airbed pumps, televisions and computers today’s backwoods campers demand,” Wards’ Bob Gritzinger writes. Beside that, Ford’s SYNC 3 infotainment is present, which is intuitive to use, quick to react to user commands, and features “spot-on voice control,” WardsAuto says.

And then, there are the F-150 Raptor features that really matter to the driving task, such as the 6-mode Terrain Management System that automatically adjusts the truck’s innovative 4WD/AWD transfer case; a 360-degree camera, which makes parking and navigating tight quarters a breeze; and Ford’s optional Pro Trailer Backup Assist, which makes reversing a trailer about as easy as turning a knob on the dash.

In addition to the 2017 Ford F-150 Raptor, one other product from Ford Motor Company made WardsAuto’s 2017 10 Best User Experiences list: the all-new Lincoln Continental luxury sedan. That car revives a legendary nameplate that was left defunct after the ninth-generation sedan ended production in 2002.