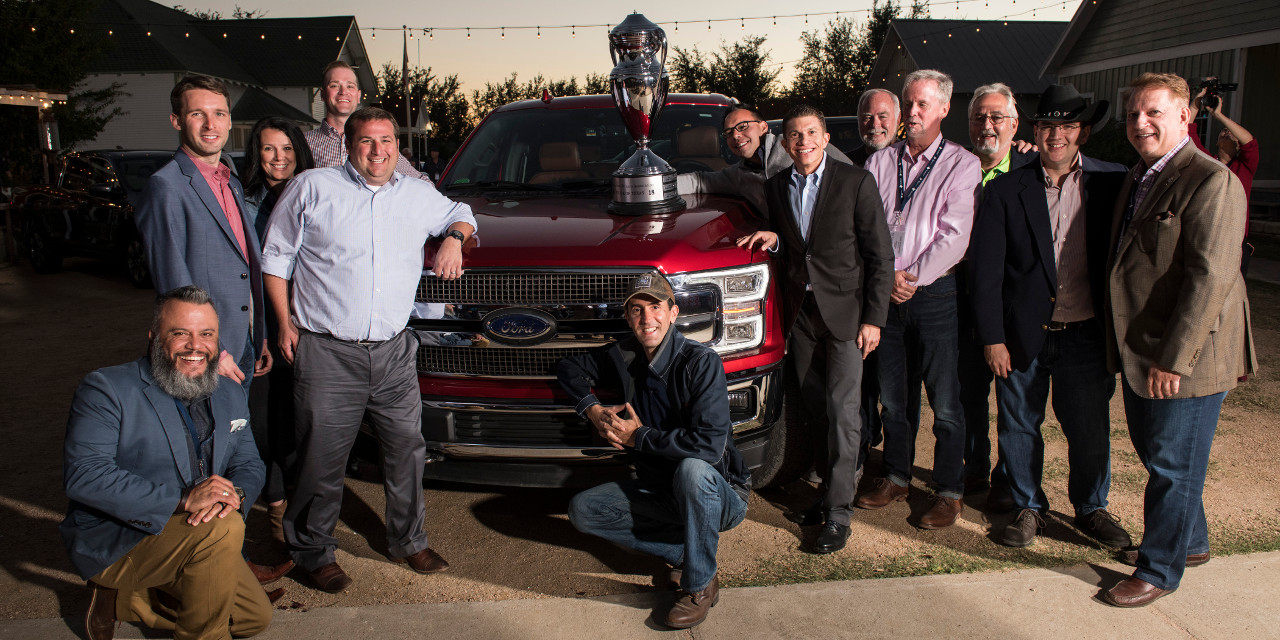 The newly-refreshed, 2018 Ford F-150 light-duty pickup was named the “Truck of Texas” by the Texas Auto Writers’ Association (TAWA), marking the 14th win for the F-Series in the 24 years that the competition has been held. Last year, the honor went to the 2017 Ford F-Series Super Duty, and two years before that, the 2015 Ford F-150 – then an all-new design, representing the first year for the aluminum-alloy body – took the trophy home.

This year, additional TAWA honors went to the Ford F-150 Raptor; it won in the Off-Road Pickup Truck category, and earned the best overall personal appeal and overall exterior scores of any participating vehicle.

“The competition was incredibly fierce at this year’s Texas Truck Rodeo,” says TAWA President Nic Phillips. “More than 70 member journalists put in more than 300 hours of driving time evaluating the vehicles presented. The results in several categories are separated by the narrowest of margins, just tenths and hundredths of a point, confirming just how competitive the trucks and utility vehicles are today.

“Ford’s 2018 F-150 pickup, boosted by its extreme-performance 2018 Raptor, along with updated EcoBoost engines and 10-speed transmissions, convinced our journalists to bestow the trophy.”