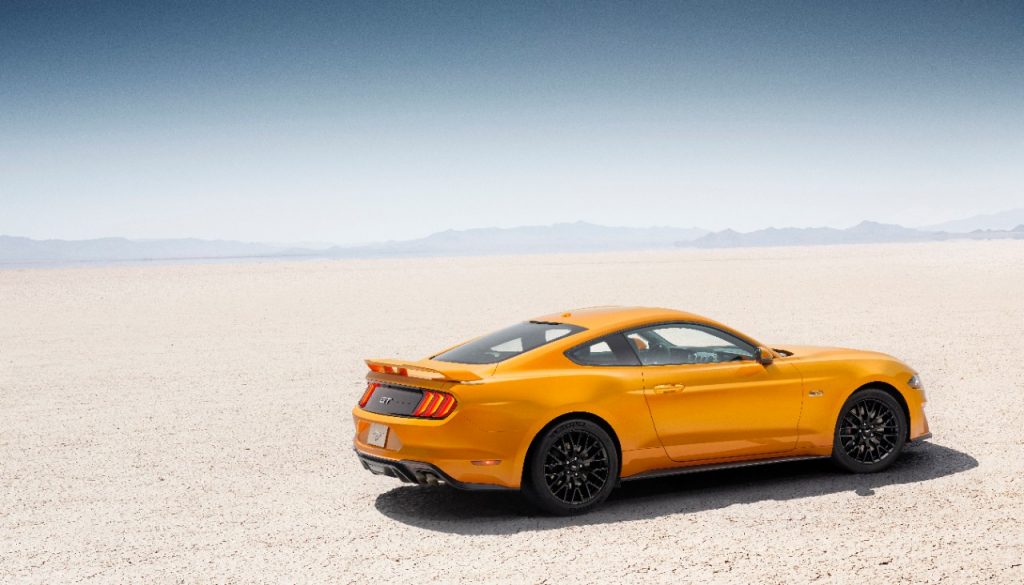 The idea of extracting more power and torque while decreasing fuel consumption may seem like a counter-intuitive one, but that’s just what Ford has managed with the newly-revised, 2018 Ford Mustang, according to the automaker’s own projections. The EPA has yet to officially test the new sports coupe, but Ford is anticipating fuel economy improvements of up to 5.6 percent on the sleeker, more aerodynamic Mustang.

Part of that comes from the introduction of the same Ford/GM 10-speed automatic transmission that powers the revamped, 2018 Ford F-150, as the presence of more forward gear ratios means that the engines – both the 5.0-liter Coyote V8, and the 2.3-liter EcoBoost I4 – can be kept at an ideal rotational speed more of the time. Indeed, both the 2018 Ford Mustang EcoBoost and 2018 Mustang GT are expected to gain one or two miles-per-gallon when equipped with the automatic.

And part of it comes from aerodynamic improvements. The hood of Ford’s latest pony car sits lower at the front, contributing to a lower coefficient of drag, and Ford engineers contributed hundreds of hours over the past several years to help improve the car’s aerodynamic performance in other ways. As a result of their efforts, the Mustang now features a rocker shield to help smooth airflow underneath the car, and active grille shutters (on all cars not equipped with the optional Performance Pack) to reduce drag at higher speeds.

The car also features a larger front splitter than the outgoing models – not that that ought to help with fuel economy.

Here are the fuel economy numbers for each 2017 and 2018 Ford Mustang model, the 2017 numbers coming from EPA testing, and the 2018 figures from Ford’s own projections: