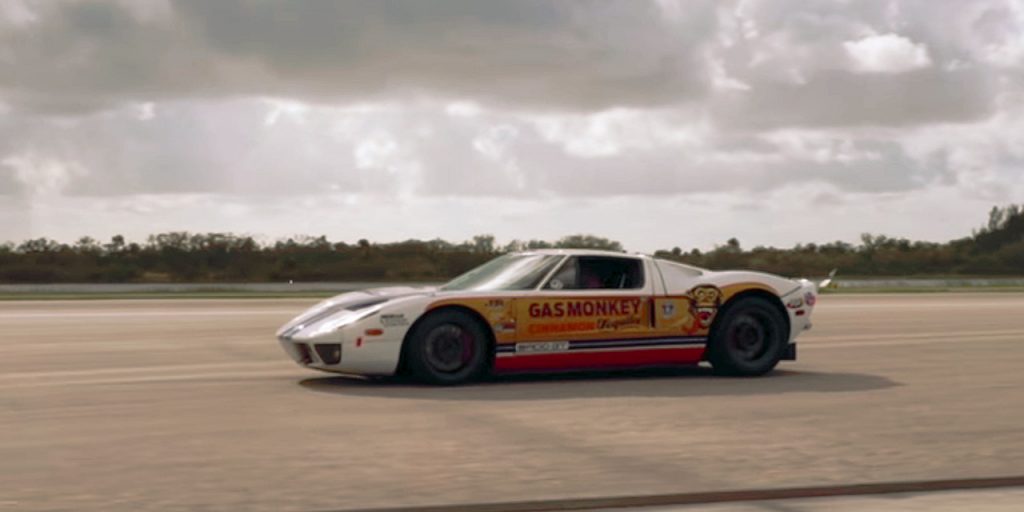 Johnny Bohmer has his sights set on one very lofty goal: being the first in the world to surpass 300 mph in a street-legal car. His weapon of choice is a 2006 Ford GT, dubbed “BADD GT”, that’s been taken up to 2,700 horsepower.

Even while 300 mph remains unattainable (for now), Bohmer and his car have already checked off a long list of accolades, including earning the title of “Fastest Street Car in the Standing Mile” back in 2012 with a speed of just over 283 mph, and being possibly the first to pass 250 mph in a street-legal car with a passenger aboard.

Now, Bohmer’s Ford GT has set the bar even higher, hitting an astonishing 292.9 mph during a test pass at the Johnny Bohmer Proving Grounds in preparation for a “Quest for 300 MPH” run planned for December. Johnny had planned to power through to 300 mph, but he told Jalopnik recently that the engine lost some boost pressure in sixth gear, curtailing its top speed.

Worse than that is what happened when Bohmer tried to deploy the parachute in order to come to a safe stop: it ripped in two. After that came the hard braking. “When I stopped I thought the car was on fire,” he told Jalopnik. It wasn’t, but the event did stress the rear rotors to the point that they cracked.

It’s fortunate that Bohmer had enough runway. Otherwise, things could have ended much differently for the speed-obsessed Ford GT owner.

Johnny Bohmer’s 300-mph attempt will be filmed for an upcoming episode of Fast N’ Loud on The Discovery Channel. He anticipates reaching a top speed of around 310 mph.

Jim Farley Says Ford Is Committed To AV Deployment In 2021