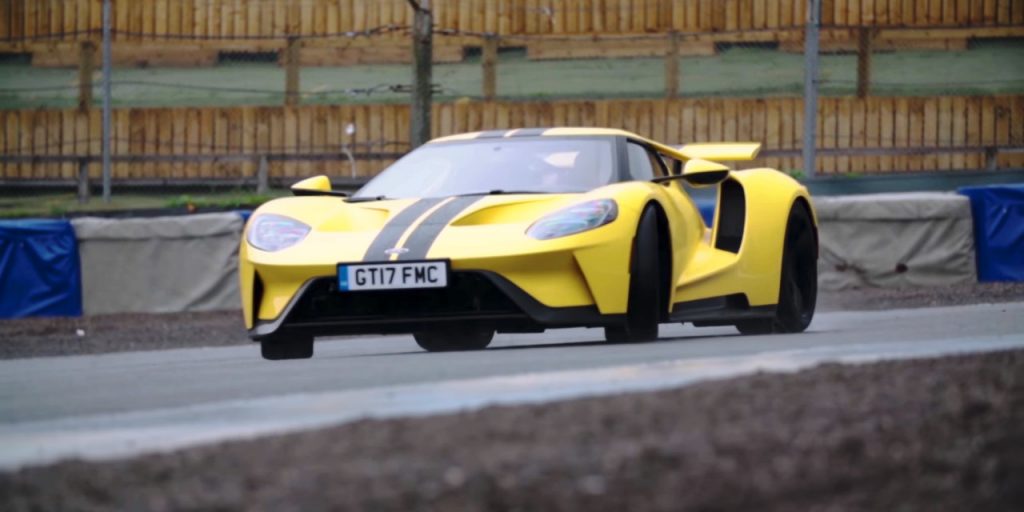 We can’t be convinced that all Brits aren’t born with a natural, innate ability to get cars sideways, but Top Gear host Chris Harris seems to have a particular knack for it. Case in point: until now, how many times have you seen the all-new, 2017 Ford GT supercar slide around a corner?

The answer, we imagine, is somewhere in the neighborhood of nil. Yet Harris managed a good deal of oversteer in the new Ford GT at numerous points during a track session he shot for Top Gear, making his way around Scotland’s Knockhill Circuit sideways for a decent portion of the time. Given that the low-slung exotic is set up to deliver the fastest possible times on a race track, we’re surprised that the Ford GT isn’t more prone to snapping during any attempted hoonery.

Or maybe it is, and Harris is just that good a driver.

You can catch Chris Harris’ full thoughts on the 2017 Ford GT supercar in the video above from Top Gear. Even if you’re not interested in what he has to say about the 2016 Le Mans winner, it’s worth a viewing for the stunning photography.

Chris Harris Shows Us Around The 2019 Ford Fiesta ST: Video