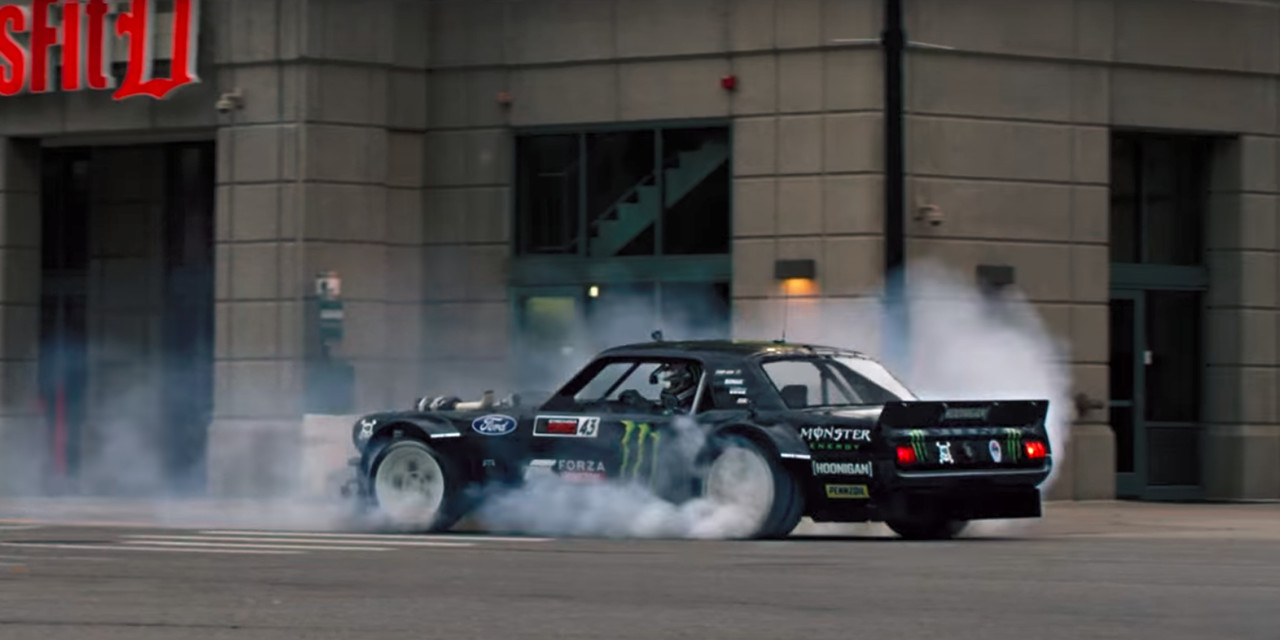 There’s a new Gymkhana stunt video on the way, and one that promises to be the culmination of Ken Block’s ten years of fast-paced, skillful hooning for the camera. Sadly, the new video – Gymkhana Ten – won’t be ready for consumption for another year.

Gymkhana Ten won’t follow the standard one-car, one-location format observed by previous entries in the series. Rather, Ken Block and the Hoonigan crew are touring the world, shooting five cars in five different locations. We can now rest assured that one of those locations is the city of Detroit, Michigan; after Ken Block was spotted driving his 1965 Ford Mustang Hoonicorn RTR there earlier in the month, recognizable parts of the city have made it into the trailer.

The first-ever Ken Block Gymkhana video was released in November, 2008, and quickly went gangbusters due to its incredible stunts, solid camera work, and unadultered soundtrack. Back then, it was a Crawford Performance-prepped Subaru WRX STi doing the driving; it wasn’t until Gymkhana Three that the series started featuring Ford vehicles. Regardless, we wouldn’t be surprised if Hoonigan were to withhold Gymkhana Ten until the tenth anniversary of that pivotal video: November 11th, 2018.

Along with Gymkhana Ten, Hoonigan will also release “The Gymkhana Files” – an Amazon Original Unscripted Series taking fans behind the scenes for the making of Gymkhana Ten, all nine previous Gymkhana installements, and even snippets of Ken Block’s personal life.

Toyo Tires Answers In Video: ‘What Is Gymkhana?’