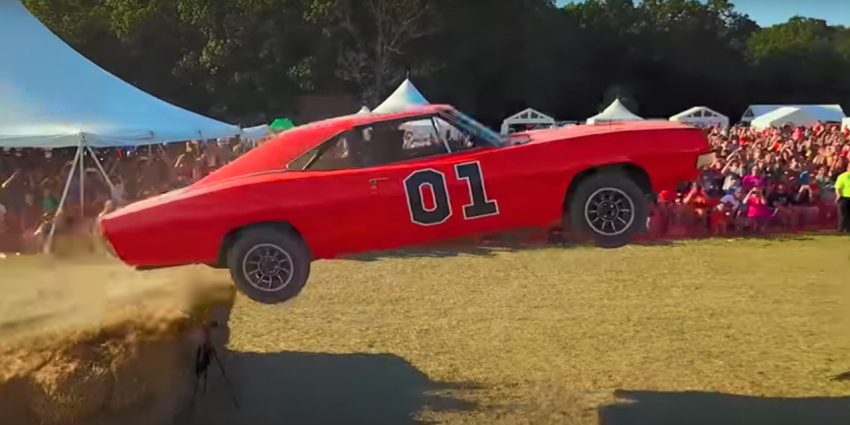 The Ford Crown Victoria was a bit of a holdout in the automotive realm, carrying on well into the modern era with an outdated body-on-frame design until its discontinuation in 2011. Given that the large, rear-wheel-drive sedan was the car of choice of law enforcement agencies everywhere for many years, this means that there is a great number of decommissioned cop cars to be had for cheap, ready to have their body panels pulled off with relative ease and transformed into something entirely different.

Case in point: a recent video gives us a behind-the-scenes look at how an old Ford Crown Vic Police Interceptor was made into a ready-to-jump replica of the “General Lee” Dodge Charger from America’s popular Dukes of Hazzard television series in about two weeks. The Crown Vic’s factory body was removed in all of three hours, allowing stunt driver James Smith and his company, Smith Bros. Restorations, to bolt on 1969 Dodge Charger body panels.

Add in some fresh paint, a roll cage, and a few other odds and ends, and James Smith ended up with a “General Lee” clone that was ready for live stunt work at a Dukes of Hazzard fan festival in Virginia.

Watch the video above to see how the Crown Vic-based “General Lee” Dodge Charger came together.