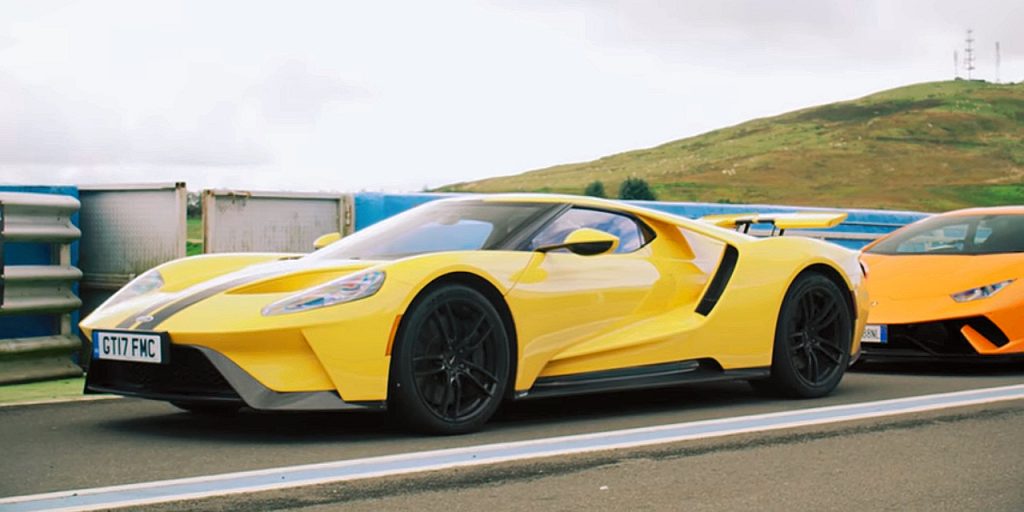 The all-new, 2017 Ford GT supercar is the only car from an American manufacturer in the running for Top Gear‘s “Performance Car of the Year” this year. It will go up against the likes of the Mercedes-AMG GT R, Audi R8 Spyder, Porsche 911 GT3, McLaren 720S, and Lamborghini Huracán Performante, along with some more middle-income-compatible contenders like the VW Golf GTI and Honda Civic Type-R.

Top Gear has already featured the new Ford GT in both print and video multiple times, starting with Matt LeBlanc’s first go in the car last April. It dispenses a manufacturer-claimed 647 horsepower to the road via a twin-turbocharged, 3.5-liter V6, putting it about 60 horsepower shy of the McLaren 720S, but giving it a leg up on the AMG GT R by 70 horsepower, on the Audi R8 by 107 horsepower, and by 147 horsepower on the 911 GT3. It produces just 16 more horsepower than the Huracán Performante.

We wish there were one or two more American performance cars in contention for Top Gear‘s “Performance Car of the Year”, but there’s one very good reason we can think of why there aren’t: the majority of them are unavailable in the UK. That includes the Chevy Camaro ZL1 1LE, Dodge Challenger SRT Hellcat Widebody, and even the Ford Shelby GT350R Mustang – which, it should be noted, won “Muscle Car of the Year” from the publication in 2016.