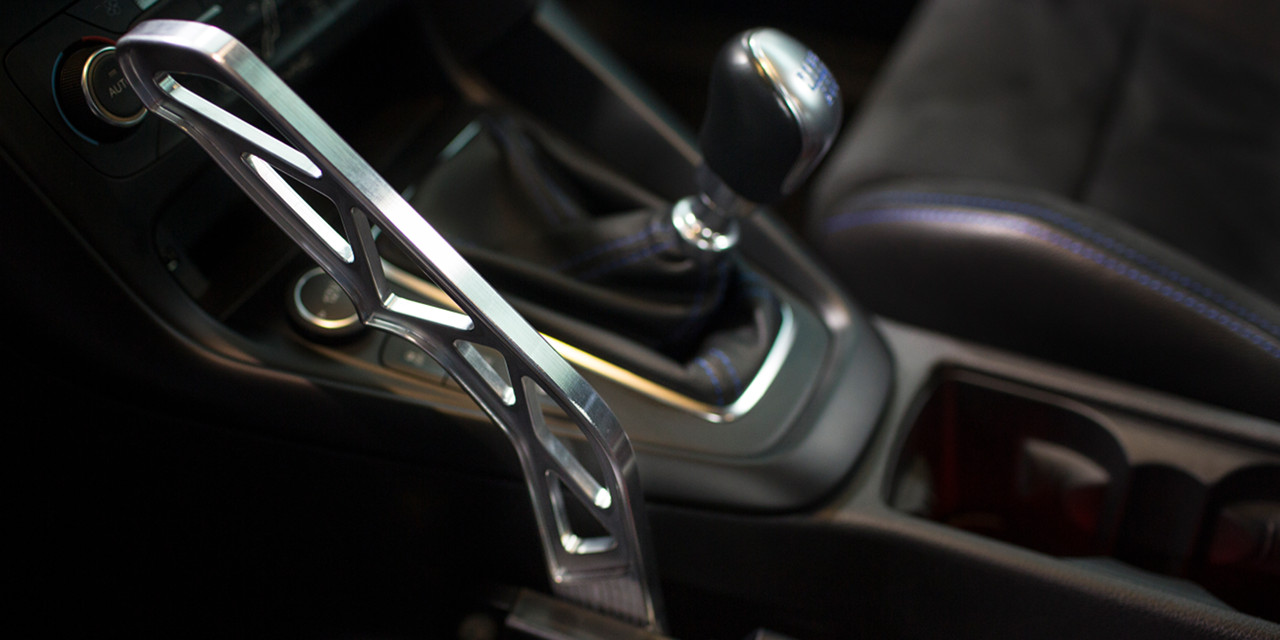 At the 2017 Specialty Equipment Market Association Show in Las Vegas today, Ford Performance unveiled a brand-new innovation for drivers with hooning aspirations: an electronic handbrake for the Mk III Ford Focus RS. Ford claims it’s the world’s first, and based on the company’s description of the “Drift Stick’s” operation, indeed it sounds wholly original.

An aluminum handle installed between the drivers seat and the shift lever for the 6-speed manual transmission transmits an electrical signal as it’s pulled upward, which tells the drivetrain to open up the rear-drive unit clutches, and the anti-lock braking system to apply hydraulic pressure to only the rear brakes. The system is capable of fully locking up the rear wheels, forcing a loss of traction to induce oversteer.

Ford based the system, which during development was called “Project Wicked Stick” after Ford Performance Program Manager John Wicks, on the tried-and-true hydraulic handbrakes deployed in rally cars. Such a system would have worked perfectly fine, but the extensive modifications necessary to install it would have been prohibitive for many Focus RS drivers. The electronic system is much simpler to implement, and comes with the added benefit of easy, instantaneous engagement and release, requiring only five or six pounds of pressure to operate.

Additionally, at some point during the Focus RS Drift Stick’s development, a Ford Performance engineer spotted the electronics’ similarities with Ford’s performance calibration tool, so that functionality was added. And finally, to make sure it was up to snuff, Ford Performance sent ace driver Ken Block out to test a Focus RS equipped with the new device.

“I think it’s really cool that Ford Performance is offering customers a way to create large-angle drifts in the Focus RS,” says Ken Block. “Obviously it’s something that I’m really passionate about having been a part of the development of the production vehicle, so it’s exciting to see it come to life. It definitely makes the car even more fun to drive.”

The Ford Performance Drift Stick for the Mk III Ford Focus RS is at the 2017 SEMA Show, and will be available to customers in the US and Canada from December 1st, wearing a price tag of $999. For that, you get the Drift Stick lever, mounts, and circuit board with professional calibration functionality.