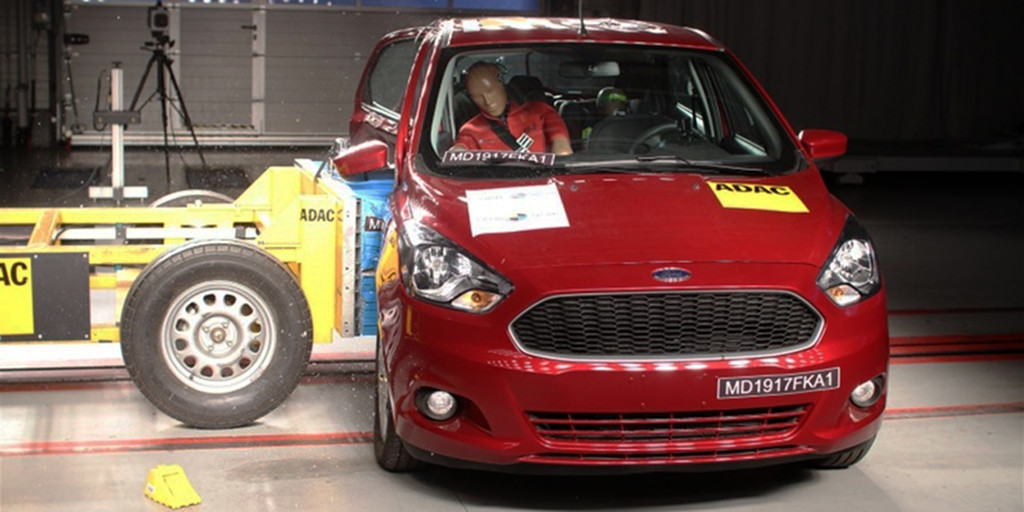 The Ford Ka has failed in its crash safety testing by Latin NCAP (New Car Assessment Program) – an independent vehicle safety assessment program for automobiles sold in Latin America and the Caribbean. The budget subcompact did astonishingly poorly in the category of adult occupant safety, for which it earned zero stars, and it managed just three stars in the child occupant safety category.

Latin NCAP has rolled out new crash test protocols with stringent side-impact testing, which is what proved too much for the Ford Ka. According to the group, that test revealed high levels of chest injury in adult occupants, excessive B-pillar intrusion into the cabin, and even a door opening. Latin NCAP notes that the Ford Ka has no side-impact-energy-absorbing devices in the structure or doors.

The program also notes the Brazilian-built Ka would fail the UN’s Side Impact Protection regulation, which has been mandatory in Europe since 1995.

Child occupant safety was found to be acceptable, but the Ford Ka lost points for not having three-point seat belts for all seats, for having unclearly marked child safety seat anchor points, and for not having a front passengers seat airbag that could be deactivated for a rear-facing child seat.