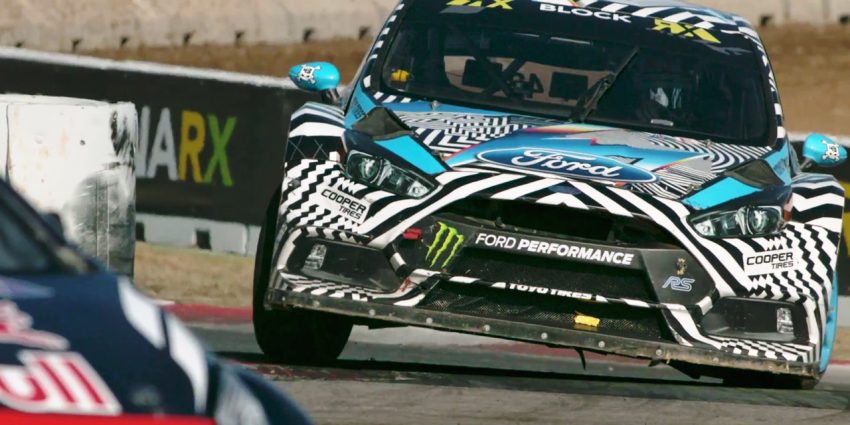 As soon as the 2017 FIA World Rallycross Championship season comes to an end with the conclusion of next month’s World RX of South Africa, pro driver Ken Block and his Ford-supported Hoonigan Racing Division team will call it quits on the series after two seasons. The decision seems to have come primarily from Ford, which is apprehensive to invest any large sum in an all-new competition car when the future of the sport’s powertrain regulations is still up-in-the-air.

“Although we have thoroughly enjoyed competing in the exciting FIA World Rallycross Championship, it’s a natural time for us to take a break as the future of the series takes shape,” says Ford Performance Director Dave Pericak. “To continue in WRX would have required the development of a new race car, and with so much discussion happening around the future of rallycross from a powertrain package standpoint, it made sense for us to pause until it’s better-defined.”

Ford’s current car for FIA World Rallycross competition, the 600-horsepower Ford Focus RS RX, was engineered and built with help from Britain’s M-Sport. Ford Performance and Hoonigan Racing Division started campaigning two such cars at the start of the 2016 season: Ken Block’s No. 43 car, and Andreas Bakkerud‘s No. 13.

Bakkerud, presumably, will be scooped up post-haste by some other World Rallycross team. He’s currently in fifth place in the standings for the 2017 driver’s championship, and has six career wins to his name.

Bakkerud’s teammate, Ken Block, said of the exit: “While [Ford and I] both would like to continue with the effort, it simply doesn’t add up at this point. Aspects of the sport are up in the air for the future, so putting a lot more money into developing a new racecar to try to battle for the championship title just doesn’t make sense right now. It’s certainly disappointing, but that’s how the economics of motorsports go sometimes.”

Block continued: “As for Andreas… he’s one of the most talented drivers I’ve ever worked with and I’m honored to have been able to have him as my teammate. I’m fully confident that he’s going to be snatched up by one of the other teams in the World RX paddock as soon as the news gets out that he’s available for the 2018 season.”

Pericak was quick to reassure Ford Performance fans that the end of its FIA World Rallycross Championship program by no means signals that Ford has fallen out of love with the hot hatch, saying: “Rest assured, we remain absolutely committed to hot hatches and all things performance and think rallycross has a bright future.”