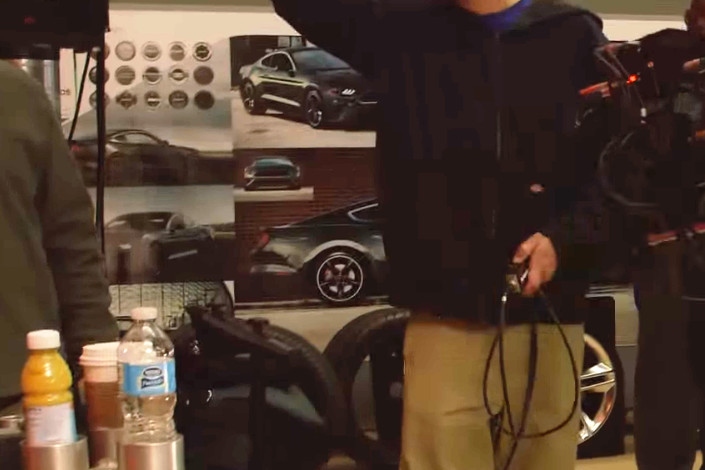 Last week, the window sticker from a purported 2018 Ford Mustang “Bullitt GT” surfaced on website Mustang6G, providing some tentative confirmation that the rumored special-edition pony car is indeed in the works. The Monroney outlined such details as a rear faux gas cap, rear window louvers, and a Highland Green Metallic paint job – all distinctive design features that seem in-line with our expectations from a Bullitt-edition Mustang model. The listed MSRP is a lofty $56,080.

There’s only one problem: according to Ford Product Communications Manager Mike Levine, the window sticker is a fake. “Ford did not create this window sticker,” he told Fox News recently. That’s not a flat-out denial that such a car is, in fact, in the pipeline, but it does mean that this Monroney is not certifiable proof.

In support of Mr. Levine’s claim, Fox News points out that the words “rear window louvers” suggest something different from “quarter window louvers”, the latter being a trademark of the iconic green Ford Mustang driven by Steve McQueen’s character in the 1968 film Bullitt. Moreover, the outlet says, the window sticker doesn’t have the “Bullitt Package” or something like it listed anywhere – something we’d expect to see based on the 2008 Bullitt Mustang’s specifications.

The rumors surrounding a 2018 Bullitt-edition Ford Mustang started when Dwayne “The Rock” Johnson released a behind-the-scenes video from the filming of a Ford Motor Company commercial, and the camera happened to pick up some sketches for an S550-based Bullitt Mustang. Knowing Ford’s penchant for leaking hints to fans in order build excitement, this was likely an intentional, calculated move. Knowing the automaker’s love for anniversaries, a Bullitt Mustang to mark the film’s 50th anniversary has a high probability of reaching dealers.

If you want incontrovertible proof, however, you might have to look elsewhere.