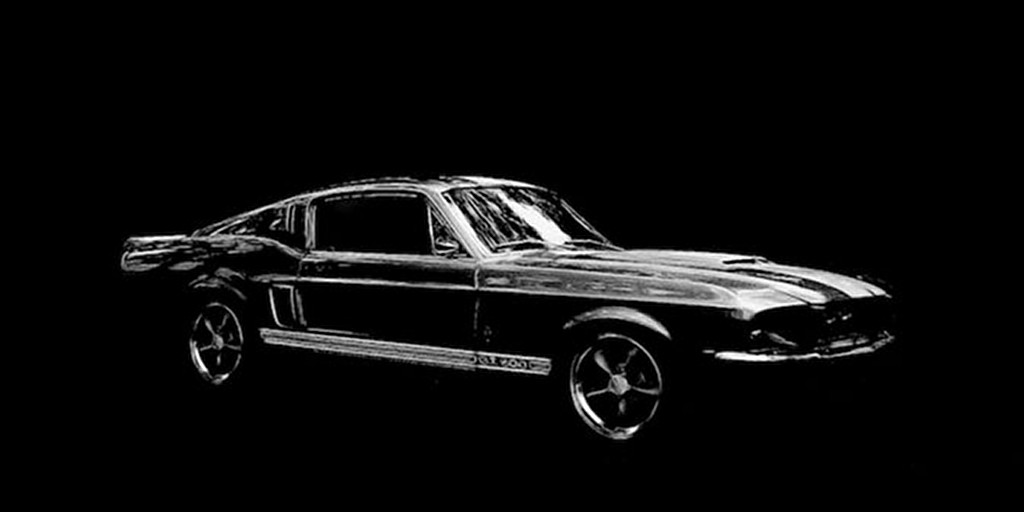 Florida-based Revology Cars is turning up the heat with its line of first-generation Ford Mustang replicas, as the company prepares to introduce an officially-licensed 1967 Shelby GT500 recreation at this year’s SEMA Show in Las Vegas. Like the shop’s Shelby GT350 replica, introduced at the same venue last year, its reproduction GT500 will look and feel like the real deal while delivering modern powertrain, suspension, and braking performance.

But unlike its 1966 GT350 clone, Revology Cars’ 1967 Shelby GT500 will pack a Roush Performance supercharger under the bonnet, boosting its modern 5.0-liter Coyote crate motor to 600 peak horsepower. Given the light weight of Revology’s Mustangs, that power figure is enough to give the reproduction Shelby GT500 about the same power-to-weight ratio as a Ferrari 458, the company’s president says.

“This is the classic muscle car formula–an immensely powerful engine in a relatively lightweight car—taken to the next level,” says Revology Cars Founder and President Tom Scarpello. “It is not only fast, it also stops and turns like a sports car and is civilized enough to be driven daily.”

The Revology Cars 1967 Shelby GT500 Mustang recreation will bow on October 31st, at the Roush Performance booth at the 2017 Specialty Equipment Market Association Show. Pricing hasn’t been announced, but we expect it’ll be somewhere north of $200k before options.