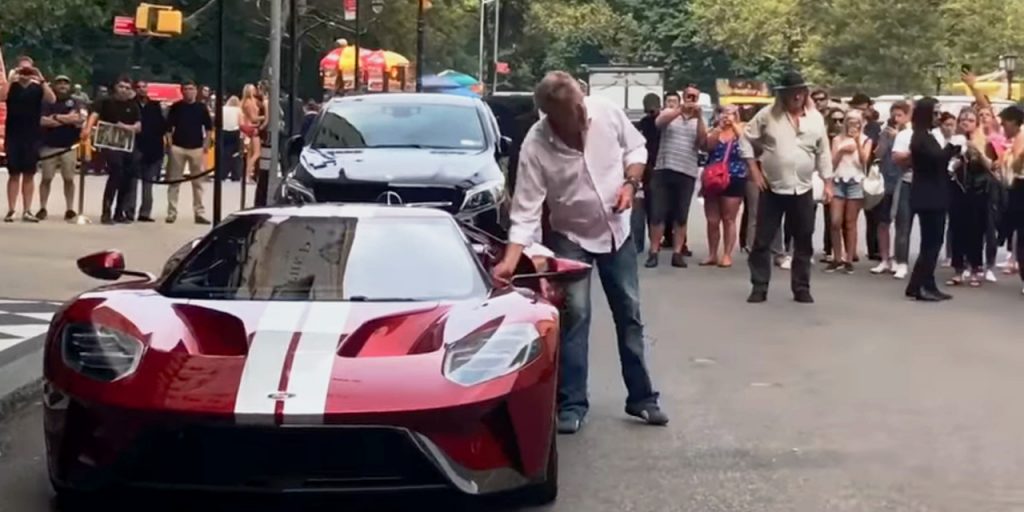 Fans of The Grand Tour on Amazon should be excited to learn that host Jeremy Clarkson, formerly of Top Gear, has been spotted at the Plaza Hotel in New York City, shooting with a 2017 Ford GT supercar. Clarkson and crew were reportedly gathering footage for Season Two of The Grand Tour, and according to sources, co-hosts Richard Hammond and James May were also spotted in New York.

Filming for Season Two was pushed back after Jeremy Clarkson contracted a particularly bad case of pneumonia in August, keeping him confined to a hospital for several days. Earlier in the year, Richard Hammond crashed a Rimac Concept_One electric supercar while the team filmed a segment at Switzerland’s Hillclimb Hemberg.

But things appear to be back on track now for the Amazon car show, and it seems we can look forward to seeing the all-new, 2017 Ford GT supercar on the program. Clarkson famously owned an example of the first-generation Ford GT when it was new, but he unloaded the car after experiencing serious, recurring issues with its alarm system and immobilizer.

One can only hope that his experience in the 2017 Ford GT has been all-around more pleasant. And that it hasn’t sent anyone to the hospital.