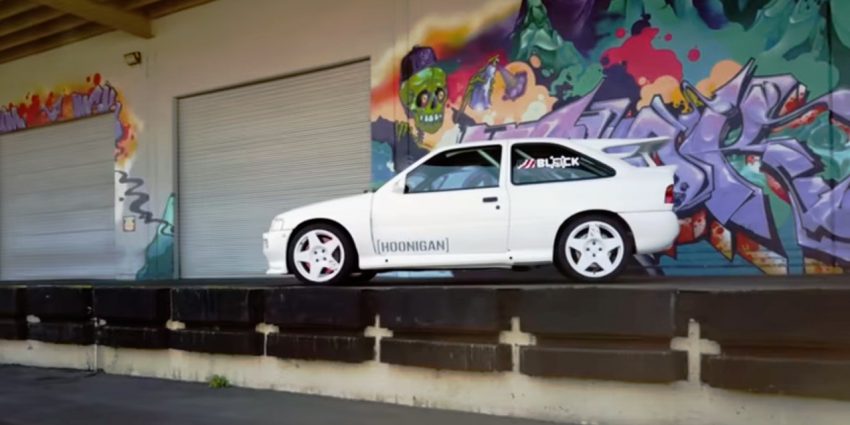 In the latest Hoonigan “Daily Transmission”, Head Hoonigan-In-Charge and professional tire-punisher Ken Block stopped by the Hoonigan garage to show off a new project/toy of his: a 1991 Ford Escort Cosworth Group-A rally car. Packing a turbocharged, 2.0-liter four-cylinder from Cosworth (making roughly 350 to 400 horsepower, according to Block) and all-wheel drive, the Escort Cosworth rally car never quite managed to win the World Rally Championship, but it did claim an impressive five victories during the 1993 WRC season.

Here’s something else interesting you may not know: While the bodywork is clearly akin to that of the regular production fifth-gen Ford Escort, that car had a transverse, FWD layout, prompting the Blue Oval to build the Escort Cosworth from the longitudinal Sierra RS Cosworth chassis instead.

It will be interesting to see what Block and the rest of the Hoonigan team have in store for this 1991 Ford Escort Cosworth Group-A car (Gymkhana 10, anyone?), but for now, he seems happy enough to be doing loud, fast, AWD donuts in the parking lot. Skip ahead to about the 9:11 mark for that.